Light at the end of the student-loan tunnel 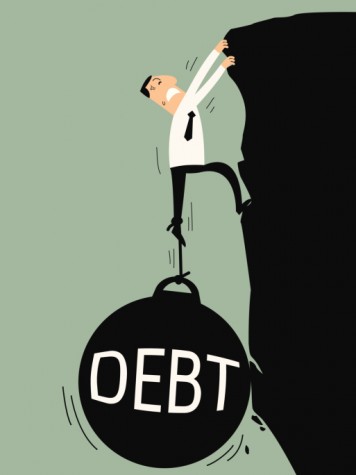 Generally, I’m a glass-half-empty kind of person and even when the glass is completely full, I’ll still complain about how the glass can’t be moved without spilling. So when I heard about how The Bank On Students Emergency Loan Refinancing Act was resurrected by the Senate, I was ecstatic. Not even I can find a single reason to complain because this bill is a fantastic piece of legislation desperately needing to be passed.

If passed, it would allow for many federal and private student loan borrowers to be refinanced. In layman’s terms: If you took out a loan before the interest rates were lowered in 2013, you could qualify for a lower rate.

Millions of people with student loan debt heavier than Atlas’ burden (for the non-Greek- mythology nerds, he held up the earth) could breathe a bit easier if the Senate does its job and passes the legislation.

According to a 2013 study by Project on Student Debt at The Institute for College Access & Success, the average California graduate will leave with a debt of more than $20,000.

Unless your planned career has an impressive starting salary—which most don’t—you can’t realistically pay off that amount in a few of years. This kind of debt could haunt many people like a poltergeist for decades and the high interest rates would only prolong the pay-off period.

On a national level, student loan debts can be totaled to approximately $1.2 trillion. This amount will only skyrocket considering federal loan rates were more than 6.8 percent just a few years ago.

For anyone who took out a loan in 2012 as opposed to 2013, you would have to pay almost twice as much interest. This is just wrong. No one should be left with such ludicrous interest rates simply because Congress took too long to act in the first place, especially when the government is reaping the benefits.

However, my concern lies elsewhere in regard to this bill. Congress has repeatedly lowered the amount of money it receives, which is loosely related to the actual problem. To cover the costs of the refinancing, the bill would eliminate tax loopholes for millionaires and billionaires.

The bill takes a Robin Hood approach, which could be its greatest flaw. Congress likes to say they’re against tax loopholes, but these loopholes were created by them in the first place. The recent track record for raising taxes has been miserable lately and I can’t see it changing anytime soon.

On paper it seems like a win-win situation. The millions of people inflicted with high interest rates for their student loans would be able to breathe easier from the tax loopholes for the one percent getting closed. But Congress didn’t earn those single digit approval ratings for doing what was right.

This article needs to get passed, but that would mean relying on the Senate, which hasn’t gone well (to say the least) thus far. I hope I’m wrong, but since student loans don’t vanish even if someone declares bankruptcy, the government is getting paid regardless.