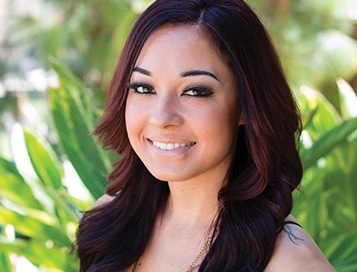 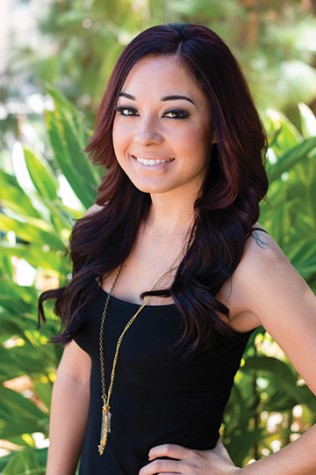 One San Diego State student is about to make reality television, a reality. Briana Lacuesta is a second-year transfer student who spent her summer in San Juan, Puerto Rico filming season two of MTV’s “Are You The One?”

The show, beginning early next week, is a dating experiment among 20 participants willing to play the game. Every season, MTV casts 10 single men and women and have paired them with their perfect match. The game is for each person to successfully find his or her counter-part, over the course of ten weeks. If the cast can do it, they receive $1 million to be split among all cast members.

Lacuesta was a fan of “Are You The One?” after the first season started airing. She began watching the show with a few friends, who then encouraged her to apply for the second season.

The decision to apply was a spur-of-the-moment that occurred while Lacuesta was working as a receptionist for a salon. After recently recovering from a break-up, Lacuesta said she was already in the single mentality.

The casting process included a series of over-the-phone and Skype interviews, as well as meeting with a panel of 12 MTV producers in Los Angeles.

Lacuesta was able to utilize speaking and communication skills she developed while attending SDSU throughout the interviewing process.

“During the main interview with all the producers in LA, there were 12 people just listening to what you have to say,” Lacuesta said. “So I obviously had to have pretty good speaking skills to land on the show.”

Lacuesta never expected to be on a reality television show and was even hesitant because of privacy issues.

Lacuesta was not allowed to share details of the show, but is eager for students to tune in, beginning with the first episode. She hinted the first episode is an indication for what is to come throughout the rest of the season.

Although the new season will begin airing on Monday, Oct. 6, a female SDSU student has already recognized Lacuesta on campus. Lacuesta does not think she will ever get used to the idea of people recognizing her, but is excited for students to start watching the show.

“I’m interested to see what people will have to say and if anybody notices me after the first episode premieres,” Lacuesta said.

Careful to not give away any spoilers of the show, Lacuesta briefly described her ideal match and the traits she looks for in a love interest.

“I like to have things organized and I want someone who can keep up with me,” Lacuesta said. “I need someone who is going to school and getting a degree, not needy or clingy, and someone who is at least six foot.”

For other students looking to be cast on a reality television show, Lacuesta encourages individuality but stresses the importance of staying true to one’s self.