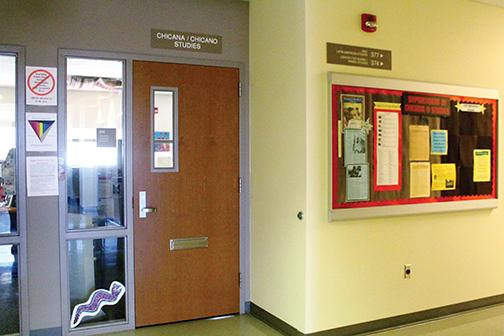 The Chicano Latino Concilio recently presented a vision to San Diego State administrators in an effort to encourage action toward creating a more supportive atmosphere for students.

The Concilio discussed its concerns with President Hirshman on Sept. 17 and presented a vision that would promote Latino students success.

“The Chicano Latino Concilio is concerned about San Diego State University and the degree to which it is providing equitable access to Chicano students and providing the kind of support the students need to be successful,” Concilio Co-chair Patrick Velasquez said.

One of many concerns that the council brought to President Hirshman’s attention was the lack of faculty role models at SDSU.

“We didn’t think that was very equitable,” Velasquez said.
Concilio’s vision consists of support outside the classroom, student organizations, faculty and relevant curriculum.

“It is not just about achieving the numbers but, again, making sure that we continue to build access, making sure these students are successful and have meaningful learning experiences,” Velasquez said.
The key suggestion the council gave President Hirshman was to create a committee that would involve staff, faculty and community members working together in order to meet the needs of SDSU’s community.

“We sent him an email just yesterday confirming again that he would set up this work crew or committee, so we are hoping that he will do that, and we are suggesting that one of the people he should appoint be Eric Rivera, the vice president of student affairs,” Velasquez said.

SDSU was named a Hispanic Serving Institution in 2011, which according to an SDSU News Center article, makes the SDSU only the third public research university in California to receive this status.

In order to become a Hispanic Serving Institution, the school must have a 25 percent Hispanic student population. SDSU has surpassed the minimum with almost 30 percent of its student body being Hispanic.