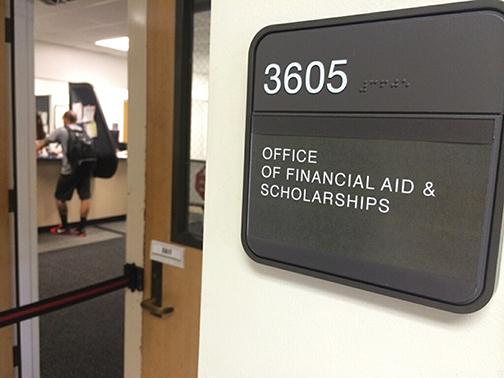 New statistics from the U.S. Department of Education show student loan default rates for San Diego universities are below the national average.

The national rate, announced last week, is 13.7 percent. At San Diego universities, the figure was one point lower at 12.7 percent.

Student loan default rates represent the number of students who take out a federally insured student loan and are not able to pay back the amount. The data published most recently by the Department of Education defined a true default as more than 270 days without a payment.

According to the Department of Education, these rates have dropped from 14.7 percent in fiscal year 2010 despite 650,000 more students entering the post-graduate repayment period for loans.

San Diego State’s Associate Director of the Office of Financial Aid and Scholarships Chris Collins said the default rate for SDSU alumni is 5.2 percent. Not only is that figure less than half the national average, it also falls below the California State University default rate average of 6.7 percent, Collins said.

Collins attributes these rates to SDSU’s combination of low cost but high-value degrees.

“Our students borrow less when they study here,” Collins said. “They have a credential that will lead them to gainful employment.”

Despite the latest figures regarding college student loan default, some SDSU students are still concerned about post-graduate debt. Nairika Meshgin is a biology sophomore and said the cost of education is too high.

“I think it’s unfortunate that education is viewed as a necessity but priced as a luxury,” Meshgin said. “Too many people have to rely on loans to get through college and then proceed to have debt hanging over them for years after graduation.”

In an interview with The Daily Aztec in April 2014, communications graduate student Marquesa Cook-Whearty projected what she thinks will be a devastating outcome of rising student debt.

“I contend that tuition and college debt is our next big financial bubble,” Cook-Whearty said. “I think we are going to have another financial crisis on our hands due to college tuition.”

According to a study from The Institute for College Access and Success, 66 percent of graduates from public colleges in the nation have student loans to pay down in 2012. Those figures are greater among private nonprofit and private for-profit colleges at 75 percent and 88 percent, respectively.

While SDSU’s default rate is below the national and CSU averages, Collins advises students to educate themselves about the cost of taking out federal loans.

“Students should be as cautious as possible and informed as they can be,” Collins said. “If you can get away with not borrowing any loans, we encourage students to do that.”