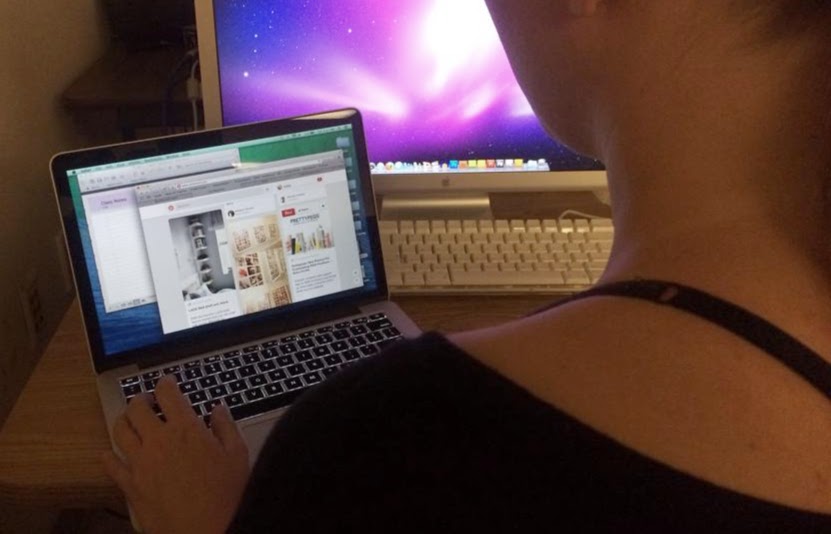 In today’s day and age, technology is practically taking over our everyday lives. As college students, we are constantly on our phones and laptops in class, in the library — honestly everywhere. We rely on our phones for the weather and daily wake up calls, while our laptops become lifelines for taking notes and meeting deadlines.

When I go to class lectures, large and small, computers are everywhere. Although most students are taking notes or looking over the lecture PowerPoint, there’s always the few who are doing otherwise.

I know you’ve seen it, you may even be one of the culprits; there are always a handful of students who are refreshing their Tumblr, Facebook page, or even catching up on their TV shows.

Why they even come to class is still an unanswered question, but it is not appreciated — especially because of what it causes some professors to do. There is an increasing number of professors at San Diego State who have started banning all electronic devices from their classrooms.

This is a cruel form of punishment to the select students who want to succeed in class by typing efficient notes.

Although it may be distracting for surrounding students, the change is fairly simple: Change your seat.

While it’s understandable why professors would ban cell phones, as there is not much one can do on them in the classroom, the ban of laptops comes as more of a struggle for more students.

I can’t be the only one who has come to rely on his or her laptop for class. I take notes electronically only so I can keep organized and edit them whenever need be. So, when a professor of mine bans laptops, I cringe.

Because of the handful of slackers who mess around, it’s been ruined for the majority. We’re adults in college and that should be the only considered determinant. I know the world isn’t fair and ultimately it’s the professor’s decision, but it is extremely hindering my methods of learning in their classes.

“I can’t keep up with my professor’s lectures without a laptop,” communications junior Shelby Snyder said. “I’m not able to write as fast as I type so when my teachers don’t allow laptops, I end up missing vital pieces of information that they don’t put on their PowerPoints.”

There is no reason why a student’s decision to spend his or her time on social media rather than pay attention to a lecture should effect everyone else. What professors don’t realize when they ban electronics is they are really only hurting their attendance and success rates.

For the students who only come to class to spend their time on Tumblr or Twitter just won’t come, and for those students who attend lecture to learn, will be missing out on vital information as they scribble down notes in efforts to keep up.

“My professor told us on the first day of class that she has decided to begin implementing a no electronic devices policy in our class,” economics major Olivia Blanch said. “Her attitude about the whole thing and complete obliviousness to how important technology is becoming caused me to drop her class.”

Professors need to understand that although they want students to focus on the lecture and actually pay attention to the material, they aren’t going to do that by forbidding something that is essential in our everyday lives.