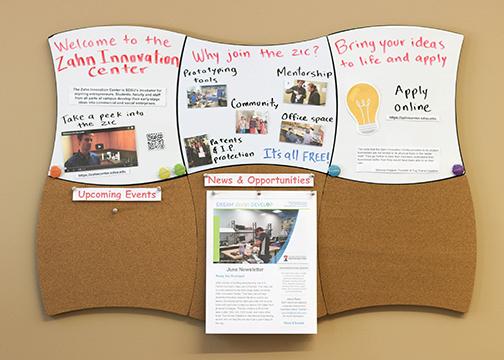 A social entrepreneurship project originally started at San Diego State is set to launch a Kickstarter campaign this month, in hopes of raising social awareness and educational funding for homeless youth in San Diego.

Art Without A Roof is a business that creates and sells apparel featuring designs that are done primarily by homeless youth in San Diego. A portion of the proceeds goes to the artist, generally to help with education costs, such as paying for a GED test. Another portion goes to local art therapy programs. Art Without A Roof’s main partner is the Monarch School, a K-12 school in downtown San Diego that exclusively serves youth impacted by homelessness. The school is one of the very few in the nation that does so.

Matthew Wayne, an SDSU business administration graduate and CEO of Art Without A Roof explained that he and his co-founders came up with the idea as a result of an assignment for a social entrepreneurship class. Business administration professor Michael L. Sloan gave his class an assignment to create a business that would benefit the San Diego community. Wayne and his colleagues explored disadvantaged areas throughout the city to determine what the needs were and how they could be met. He said that having been influenced by art himself, he understood the potential advantages.

In addition to Sloan, Wayne said that the Zahn Innovation Center at SDSU was extremely helpful in developing the team’s idea. Of the 120 teams that applied to the Zahn Center last year, 17 were accepted, including Art Without a Roof.

“We’ve really grown while we’ve been in there,” Wayne said. “They’ve given us great structure, and the confidence to take our idea and really go with it. The mentors have been an immense help to us as well.”

Mitchell Gilbert, one of the co-founders and chief marketing officer of the business, also said that the help from the Zahn Center has been important.

He added that he is excited to see where the project is going.

“In professor Sloan’s course, he said that there are basically two different paths with entrepreneurship,” Gilbert said. “You can make an impact, or you can make a profit. We’re making an impact.”

Gilbert said he realized the power of art when he and the co-founders toured homeless shelters as part of their original social entrepreneurship project.

“We saw that art seemed to really help a lot of them out and truly made a difference in their lives,” he said.

Wayne and Gilbert said Art Without A Roof’s Kickstarter campaign is set to launch in mid-October. They hope to be able to garner interest and promote social responsibility among consumers.

“We’re impacting our artists by having them create artwork that could help them overcome some of the obstacles they’re facing,” Wayne said. “We’re trying to reach out to more people and spread awareness about the arts and its positive impact on the community.”