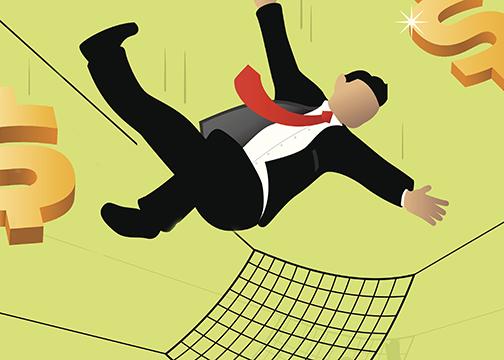 Professors are the rulers and the classrooms are the realm. Professors are incredibly influential people. They have the ability to encourage, discourage and enlighten. As employees, they also have a right to protect themselves from any unjust treatment.

Tenure means professors can’t be fired without evidence of incompetence, unprofessional behavior, or the closure of an academic department due to budget cuts.

I get it. Professors shouldn’t get fired for one or two bad reviews on RateMyProfessors. There should be enough evidence to prove a professor is clearly not serving his or her students justly, but what does this safety net mean for students’ learning?

Professors should be just as accountable to students as they are to their higher ups. For the most part, students enrolled in any university should be mature enough to express their opinions about professors and their methodologies. As students, we should have a bigger say in the faculty we help pay for. We should have a right to have above-average professors after they’ve virtually secured their job.

According to the National Education Association, it’s difficult to become a tenured professor. The probationary period lasts about seven years at four-year colleges. During the probationary period, almost all colleges can choose not to renew faculty contracts without a reason or cause. Senior professors and administrators evaluate the work of new faculty members, research and service before deciding to recommend tenure or not.

Research and paperwork only goes so far. If serving students is the first priority, then it sure doesn’t seem like it.

One would expect the opinion of students to play a larger role in this equation. A professor could be ideal on paper and fulfill all the administrative requirements for teaching a class, but it takes interpersonal skills, a high sense of awareness and even compassion to make an impression on students. It takes more than a good resume to help students become critical thinkers in society.

I don’t pretend to know what being a professor entails, but as a student, I can distinguish professors who care from those who do it for the money. Teaching is a vocation, not an occupation one should fall back on. Teaching demands a high standard for evaluation that takes many factors into account — not only the amount of years a professor has worked or the amount of research he or she has done.

According to Naomi Schaefer Riley’s article in the Wall Street Journal, adjuncts are under more pressure than other professors to make a good impression on students, because they’re judged only by student evaluations, leading to grade inflation. Adjuncts usually don’t have offices or office hours and, in many cases, run from one campus to the next to make a living.

Tenure brushes off the duty of teaching. It compromises the quality of education by preferring job security above the current needs of students and places unnecessary pressure on the newly-hired.

The hiring of professors, especially in a university, is a serious matter. If someone’s hired, it should be because of his or her qualifications. Then all professors should be subject to frequent evaluations, while keeping student opinions in mind.

There are already many aspects of American universities that trivialize education itself. High tuition costs and profit-dripping athletic teams are only a couple of examples.

Education is a growing creature requiring attention and action. Relying on faculty members who have proved themselves in the past doesn’t cut it anymore.

Tenure is a system that perpetuates unnecessary competition within a faculty; competition that should be eliminated altogether.