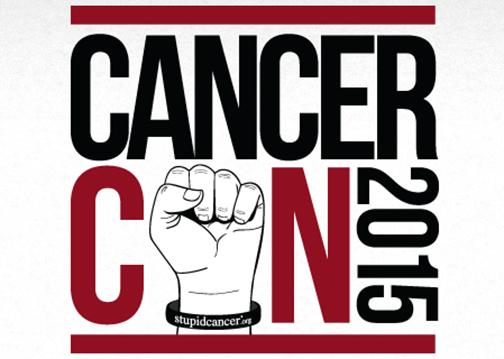 Cancer is a worldwide disease currently affecting millions of people. However, what’s even more alarming is cancer rates are rising within the age groups of 18-39. What would individuals do if they found themselves in this situation? How would one even go about coping with it?

There’s so much hype about bringing awareness and fundraising for a certain disease that the social aspects of actually living with it is often misunderstood or forgotten. There’s this idea that once a disease is cured, there are no repercussions and life will continue without missing a beat. StupidCancer San Diego State University squashes this myth and has solved this misunderstanding by bridging the gap between supporting this disease to actually understanding it.

Any club can provide life and leadership skills, but StupidCancer gives members much more. It empowers its members and sets the bar for other organizations like them to provide a more personal perspective on illnesses and diseases.

Not many supportive communities like this exist, and StupidCancer SDSU will trail-blaze future clubs and organizations to cultivate them to focus on not just awareness, but teaching people how to live with their disease. It’ll turn club motivations on their heads from here on out.

“Other people will see that we did it and so others can too,” cofounder of StupidCancer SDSU, Sara Roldan said.  “It shows we are heroes and not victims. It won’t mean people have to hide their illnesses anymore. It shows there’s life after illnesses.”

With the motto “Get busy living,” StupidCancer is nowhere near just sitting around and talking about each other’s feelings. This organization on campus advocates that cancer shouldn’t be the only thing that defines someone’s life.

StupidCancer won’t only provide a niche that current and post cancer students can turn to, but it’s also going to revolutionize the healthcare system from a very organic foundation. Although starting out very small, StupidCancer SDSU is going to challenge the healthcare system in bringing more awareness to young adult cancer. Too often than not, students ages 20-30 who suffer from cancer go unnoticed and soon become a just statistic. StupidCancer SDSU is giving those individuals a voice now.

“We refuse to be just one other diagnosis and be victimized by it,” Roldan said. “I want to help someone and I don’t want anyone to feel alone. We have resources and rights here at SDSU that no one should feel held back by cancer.”

If that’s not praise worthy enough, let’s not forget this organization not only provides a supportive community, but an academic and leadership one as well. Barely installed in late September 2014, StupidCancer SDSU has already partnered with various clubs on campus that provide the skill sets needed to “Get busy living.”

Setting the foundation for a community of friendships and leaders based off of the very thing that held many people back only makes those bonds stronger. Future organizations on campus can learn a thing or two from this club. Sometimes what a person is so ashamed or afraid of can be the very thing that will create connections and bonds that will last forever.