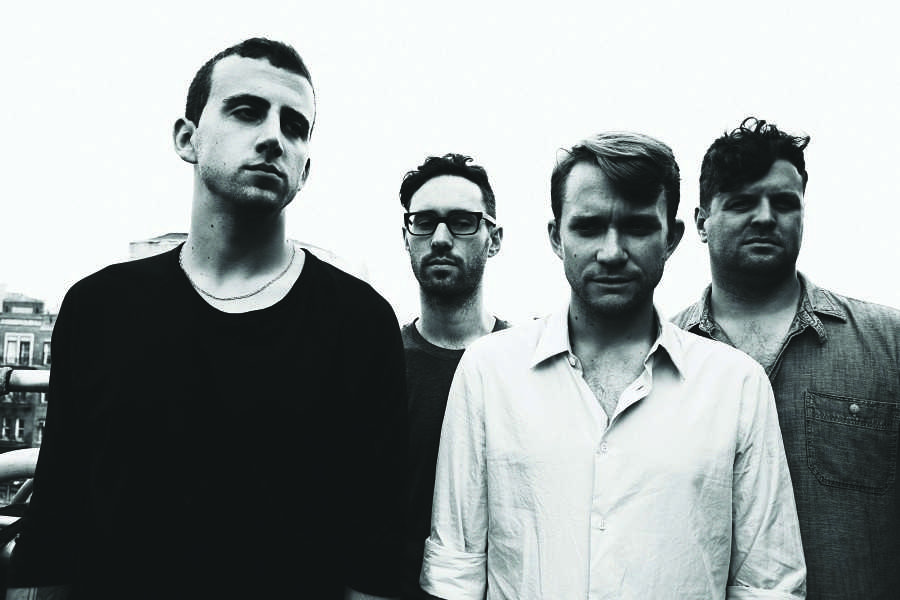 Following the release of its well-praised album, “Lose,” indie rock band Cymbals Eat Guitars played its ambitious new material on Friday, Oct. 3, at Soda Bar. Its new third album “Lose” continues the band’s hot streak with yet another positive support from critics. Better yet, it also marks a reformation of the group’s sound, transitioning from knotty rock into energetic mini-anthems.

After a brief soundcheck, Cymbals Eat Guitars quickly began to play around 11 p.m. The band opened with the crawling, catchy riff of “Warning” from “Lose,” which got the wandering audience flocking to the stage. “Warning” provided the needed introduction for those unfamiliar with the new album or the band in general. The searing guitar riff made a mean impression of the band’s sound, and frontman Joseph D’Agostino delivered its fleeting chorus with gusto.

The band ripped through song after song without much banter. D’Agostino held brief conversations while he tuned his guitar, but that was about it for small talk. Considering how the songs of “Lose” are driven by strong propulsion, the decision to return to the set to maintain momentum was actually a better choice.

Witnessing the big-hearted songs by Cymbals Eat Guitars come alive on stage made the show a valuable experience. “Lose” already sounds huge on record, and the live performance embodied the record’s unstoppable charge. The band stomped through the folk-punk-leaning “Xr” with the speed and spirit to match. D’Agostino’s high-reaching voice provided the energy to pummel through the twists of “Place Names.” The members proved the pumping heart in the album is the real deal.

A personal favorite track from the record is the grand opener “Jackson,” and it was rewarding to watch the song be performed in the appropriate, live setting. The single opens dramatically on its first notes, joining in piano figures and crashing drums to start the show. The Soda Bar stage may have a bit too small to contain it, but Cymbals Eat Guitars made due with what was available. D’Agostino nailed the towering chorus while the others delivered the dense anthem.

“I got one more song for you,” D’Agostino said at the end of the set. “But it’s going to be long.” True to the frontman’s word, Cymbals Eat Guitars closed out the show with the eight-minute “Laramie.”

The last third of the song dove into one twisted jam section. D’Agostino wildly shook the guitar tremolo while keyboardist Daniel Baer messed with the distortion pedal to create a sprawling wash of noise.

And then one by one, starting from D’Agostino, each member exited the stage. By the end of the show, the stage was left empty except for the guitar scrawls still screeching from the speakers. What followed after the buzz died down was a huge round of applause.