The stinging urgency of getting vaccinated 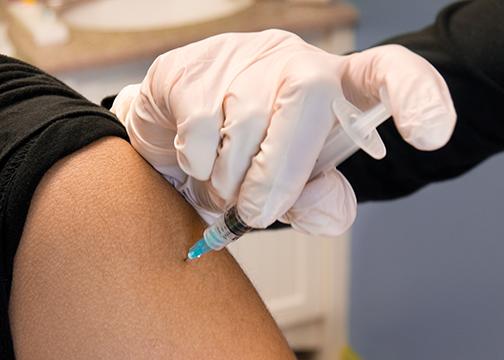 With the events of the recent weeks surrounding San Diego State’s meningitis scare and the fearful lingering of Ebola, vaccination has become a strong topic of conversation.

Every year, thousands of college students experience vomiting and headaches. On rare and tragic occasions, some of these instances could even be fatal. I’m not talking about hangovers, or alcohol overdose.  I’m referring to Influenza — better known as the flu. Fortunately the flu, unlike Ebola, has a vaccine available at Calpulli for the low price of $15. Having read that, there’s no excuse to not get vaccinated.

Anyone who gets a flu vaccination significantly reduces the chance of living a week in total misery causing him or her to miss school, work and any social functions that could take place. You’d think most rational human beings would do something that helps prevent a week’s worth of despair, especially when it’s easily accessible and inexpensive, but that’s not always the case.

For paying the same price of three Starbucks drinks, one can significantly lower his or her chances of getting sick. That should be motivation enough, but very few college students actually get vaccinated.

“It’s definitely easy to contract (the flu) in this environment,” Dr. Gregg Lichtenstein, the director of Student Health Services at San Diego State, said. “Flu vaccinations are recommended for everybody.”

According to Dr. Lichtenstein, approximately 700 students got vaccinated last year. Even when the risks of swine flu were being reported by the media in 2009, there were only an estimated 1,500 students who received doses. These figures are dauntingly low compared to the SDSU population of more than 30,000 students.

It could confidently be argued students might have gotten vaccinated elsewhere, but according to researchers at Wake Forest Baptist Medical Center, only 20 percent of students reported being vaccinated in 2009. This needs to change.

Getting a flu shot at SDSU isn’t expensive. The poor-college-student excuse doesn’t work, especially for those employed individuals — most low-paying jobs don’t offer paid sick days, after all. Even for those who aren’t employed, anyone low on money can’t afford getting sick. Money is being wasted by not attending overpriced classes.

Although college students are less likely to get the flu because of their age, youth doesn’t justify skipping annual flu vaccinations. The Centers for Disease Control suggests everyone get a flu vaccination at the prime age of 6-months old. But getting a flu shot, or that nasal spray, is also beneficial to more people than the individual receiving the shot.

“Some students may not have received required vaccinations as children due to parental beliefs about vaccines, which now puts them at increased risk for preventable diseases such as measles, mumps and rubella,” Immunization Coalition Direct Catherine Flores-Martin said. “Even if you were vaccinated at a younger age, the immunity from those vaccines can wear off, or the virus or bacteria that the vaccine protects against changes, so your immunity is not as strong.”

If someone contracts the flu, he or she isn’t the only one affected. Especially in a college environment we share the same desks, classrooms, dorms, apartment complexes and houses. If we don’t get a flu shot, we’re potentially ruining someone else’s week as well.

Considering how many of us are rather young, it’s easy to forget the flu can on occasion be fatal. According to the CDC, out of 100,000 people who get the flu ranging from ages 15 to 24, 67 will die. You’re more likely to die from the flu than get attacked by a shark and these chances will only  increase with age. So you could be endangering other people and yourself.

Of course, we shouldn’t just stop at the flu shot. With the recent tragic loss of our own fellow Aztec, meningitis is another common threat to college students with a preventable vaccine for most strains. Although from recent events we’ve learned that these vaccines aren’t immune to all strains, if one can have at least partial protection, what’s there to lose?

However, we can’t continuously wait for a tragedy to occur to motivate us to act. That would defeat the whole purpose of vaccines and preventing illnesses. The whole reason for the existence of vaccine is to save lives. Therefore, a flu shot, meningitis vaccines and even those for diseases like polio, which have virtually disappeared, are crucial regardless of the times we live in.

An ounce of prevention is worth a pound of cure. So protecting ourselves and others starts with getting vaccinated. Granted, in regard to the flu, it only decreases our chances of getting the flu by 20 percent, that’s still better than nothing.

Getting a flu shot is a civic duty for everyone in San Diego, which also helps against being sick. Since it takes a while before your immune system builds up, now is the perfect time to get one if you haven’t already.