An article a day keeps the ignorance away 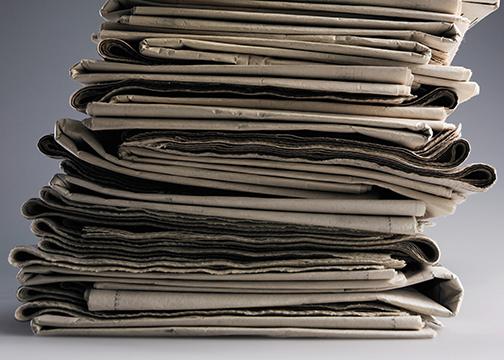 As an employee of The Daily Aztec’s Street Team, I have a lot of firsthand experience with students’ opinions of our student-run newspaper. Every week, twice a week, I pass out the new issue of San Diego State’s newspaper to students on campus and every week I get a lot of mixed reviews.

As I stand on campus, passing out The Daily Aztec, I always find myself wondering why my fellow peers aren’t more interested with the happenings of our campus. The Daily Aztec writers don’t just write for their own pleasure. They write to inform the SDSU population about campus-related issues and events — issues and events that will more likely than not effect them in some form.

It’s becoming worrisome that our generation is starting to drop the ball as far as their knowledge is concerned. It’s no secret in today’s technology-driven age, print media is slowly dying. It seems as though no one reads a print newspaper anymore, let alone college students. These same individuals claim to get their news online, but that’s highly debatable. Not only are we, as a generation, relying too much on technology, but we’re neglecting the importance of news and world-related events.

“Whenever I see someone handing out the paper I walk the other way,” engineering junior James Dunn said. “Actually, whenever I see anyone handing out anything, I try and avoid them. I don’t know what it is, but the school paper just doesn’t appeal to me. What is that great about reading some article about our school? I just don’t see the point in it.”

When offered a copy of the paper, many say no or just ignore my presence. Some respond by claims of reading it online, or through empty promises of reading the last issue. There’s also a handful who ask why they would want to read the paper in the first place. For the very few who do take a copy, it feels like it’s done out of kindness.

As college students, we’re very busy, focused on our schoolwork while trying to make some extra change so we don’t have to live off top ramen — everyday, at least. We have a lot more important priorities and concerns than to sit and read the newspaper. But what many don’t realize is just how important it is to stay up to date with the happenings of the world, including this campus.

Last semester, the Student Success Fee passed, raising the price of tuition at SDSU. The open forums, which included the voting process, were covered multiple times by the writers at The Daily Aztec, yet there were so many students who didn’t have a clue what the fee was or what it did. To no surprise, this fee passed with minimal student-body knowledge.

Shouldn’t stuff like that be important to the students of SDSU? Shouldn’t a little more attention be paid to what’s going on? The information is there, specifically in the newsstands around campus, but students are beginning to care less.

Students who say they’ll read the latest issues online, rarely do so. Most aren’t going to go out of their way to go on the website when they’re rejecting the issues conveniently handed to them; that’s a problem.

How are we supposed to make a difference in our own lives, let alone in the world, if we aren’t aware?

Reading the newspaper and staying up to date is a crucial component of a successful life. It doesn’t take much time to read a few articles. Read during breaks, or in between classes. Read when waiting for your food at Rubio’s.

Being informed isn’t hard, especially when you have the Street Team handing you a paper conveniently twice a week. You don’t even have to walk to a newsstand and grab one yourself. It’s hard to believe print media would be dying down in the first place if there was still a generational interest.