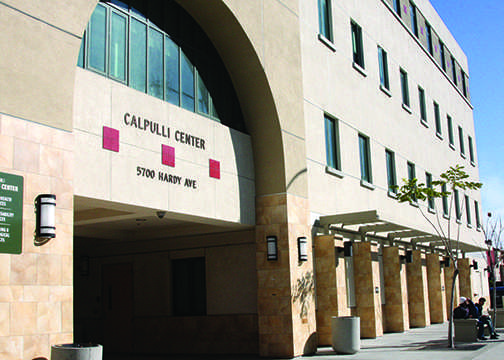 There is no vaccine for the bacterial strain that killed San Diego State student Sara Stelzer, Student Health Services director Gregg Lichtenstein said in an email to SDSU students, faculty and staff.

The bacterial strain that killed Stelzer is classified under the serogroup B, one of three serogroups responsible for most meningitis illnesses in the U.S., he said.

He said the preventive antibiotic that has been provided to students provides short-term protection against serogroup B meningococcal disease.

Serogroup B is the strain that caused outbreaks at University of California, Santa Barbara and Princeton Univesrity last year.

According to the Centers for Disease Control and Prevention, 95 percent of meningococcal meningitis cases involve infection of just one individual. Widepread outbreaks of the disease are rare.

The infection that led to Stelzer’s death is the only known case of the disease on campus, Lichtensteain said in the email.

According to the California Department of Public Health, the serogroup B vaccine was used to control the two university outbreaks last year.

Nearly 1,000 SDSU students have been evaluated at SDSU’s Calpulli Center since the university notified students of the meningitis case on campus.

The antibiotics given to students at the heath center are intended to decrease the likelihood of contracting the bacterial infection.

Students who had some degree of potential exposure to the infection were evaluated and given antibiotics at the health center. Members of the Kappa Delta sorority and attendees of parties at the Delta Sigma Phi and Alpha Epsilon Pi fraternity houses were among those who were treated because of possible close contact wtih Stelzer.

Student Health Services will continue to monitor health on campus as a precaution, Lichtenstein said.

According to the Centers for Disease Control, in 80 to 90 percent of cases, people with meningococcal meningitis do recover.

“When it gets into your blood stream, it can result in a rash that looks like little bruises that get bigger and bigger,” Lichtenstein said.

Lichtenstein said anyone expressing those symptoms should be treated immediately at a local hospital instead of visiting Student Health Services.

The CDPH recommends only seeking treatment if you have symptoms because testing for the disease involves invasive medical procedures.

Last week, the SDSU community used social media to remember Stelzer, and her family recently submitted an obituary to The Daily Aztec.