Legal gambling will not sour sports 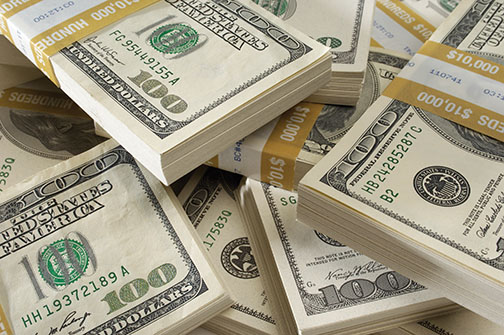 It’s April 2017, and San Diego State is two free throws shy of winning its first National Championship in men’s basketball. With no time left on the clock, sophomore forward Donald Hughes steps up to the free throw line and gets ready for his first shot. For the season, Hughes was an 80 percent free-throw shooter; Aztec fans are ready to celebrate. However, Hughes bricks both, because he has a secret agreement with a gambling consortium that bet heavily against SDSU in California casinos.

Sounds preposterous, right? After all, gambling on sports is illegal in every state but Nevada, Delaware and Montana. However, New Jersey is on the verge of beating the 1992 federal prohibition against state-sanctioned sports gambling. And that has the NCAA worried that the fictional Hughes scenario will come true.

The issue I have against ordering an injunction is that I disagree with the belief that limiting sports betting ensures game integrity. That’s laughable on two fronts.

First, these organizations have already lowered integrity. Baseball ignored ballplayers using steroids. It got tough only when Congress started subpoenaing players and officials alike. The NFL allowed teams to play injured players, which also didn’t stop until Congress threatened to start subpoenaing them. And both the NBA and NHL locked players and fans out of their arenas because money was more important than playing games.

Second, gambling scandals are rare despite sports gambling already existing. The last gambling scandal in baseball occurred more than 100 years ago, when Chicago White Sox players agreed to lose the 1919 World Series. Yes, Pete Rose was banned in 1989 because he bet on baseball games, but evidence of betting against his team is non-existent. Betting to win is hardly a problem. Despite popular opinion that the NBA rigs games, its only gambling scandal happened in 2007 when a referee admitted to fixing contests.

These documented sports betting scandals haven’t kept fans from wagering. In 2012, sports bets in Nevada totaled $3.4 billion, according to the American Gaming Association. Fans’ trust in each game’s fidelity is so high that TV networks keep paying premium prices to secure broadcasting rights.

And sports television loves sports betting like your Aunt Betty loves bingo. Pre-game shows regularly feature game odds and “experts” making predictions. Yet that doesn’t stop the NCAA, NFL, NBA, NHL or MLB from treating its media partners as rudely as it is treating the residents of New Jersey — who are only hoping to erase their state’s budget deficits by capturing some of the estimated $2.5 billion wagered illegally during March Madness alone, according to the American Gaming Association.

Will allowing each state to start single-game sports betting devalue that game’s integrity and turn the fictional Hughes story into reality? I’d bet against it.

Check back online for updates about the injunction.