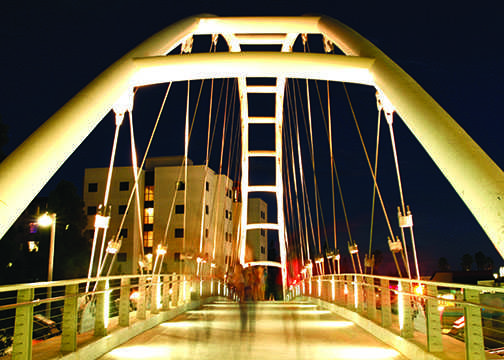 Sexual assaults on college campuses have received national attention, and San Diego State has not been exempt from evaluation and scrutiny.

In June, the California State Auditor published an examination of the university’s sexual assault policies and procedures.

Two rallies against sexual assaults in September were an effort to bring awareness and ask what the university is doing to combat the issue.

The following are some of SDSU’s latest efforts to prevent sexual assaults and to provide support for the student body.

The Sexual Violence Task Force, which began meeting in June, is comprised of four subcommittees that each focus on a specific aspect: communication, to inform students of programs and resources; education, to better educate students about sexual assault; evaluation, to assess the effectiveness of current programs; and environment, to improve the campus culture that affects sexual violence. 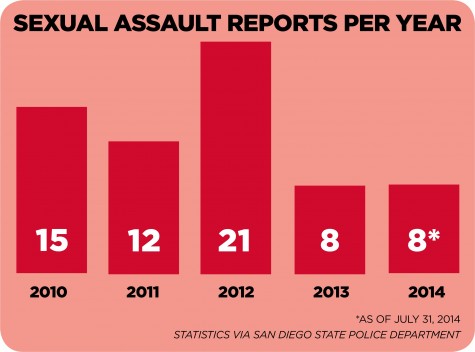 “I think there’s a communication divide with students in regard to what the university is doing to address sexual violence and assault on campus,” Associated Students Vice President of University Affairs and task force member Corey Polant said. “There are so many amazing programs and presentations and support services students can utilize.”

Polant, who is on the communications committee, said it is a matter of effectively informing students.

“You need to give students multiple venues of communication for them to understand and know what’s going on,” Polant said.

The task force is collaborating with Associated Students to host an open forum. SDSU’s Associate Vice President of Administration and Title IX Coordinator Jessica Rentto said the forum will allow the task force to be more transparent.

Polant said the forum will be a great way for SDSU to hear from students.

“If they don’t, how can they serve the students if (students) aren’t in these conversations?” he said.

Each subcommittee meets on a weekly basis and the whole task force meets on a regular basis. Minutes from the task force’s meetings haven’t been posted so far, but will be posted, Rentto said.

Counseling and Psychological Services developed the idea of the task force a year before the state audit began. It came together after the auditors suggested establishing a group that specifically looked at issues relating sexual assault more proactively than SDSU’s Critical Incident Management Team, which deals with a variety of campus issues.

The task force is comprised of 21 individuals, including students, faculty and administrators. Center for Students Rights and Responsibilities Director Lee Mintz and Counseling and Psychological Services Associate Director Jennifer Rikard are the co-chairs.

“One of the audit findings had to do with the content of our new student orientation,” Rentto said. “There’s a state law that outlined what needed to be included and we didn’t include all of the content, so we wanted to make sure that we definitely met the requirements.”

The presentation also included clips of personal accounts from people who experienced assault at other universities.

“I was really taken aback that the video was shown on the first day,” theater freshman Alison Norwood said. “I think a lot of us were. But the more that I reflect on it now — after living here for a month and adapting to college life — I appreciate the video. It was like a disclaimer for things you’re not really thinking about when you’re first coming to college.”

Other freshmen students were not impressed with the new video.

“I think it could have been prepared a lot better,” freshman Ashton Ruff said. “It was just a PowerPoint video with a voice over. It was a little bit boring, kind of tedious.”

For approximately 500 students, the video presentation did not work. After university staff attempted to fix it, they moved on to the next orientation item, communication freshman Jonathan Verdugo said.

The four freshmen who were interviewed couldn’t recall information about investigation procedures and disciplinary consequences.

The presentation was emailed to all students at the beginning of the semester. Rentto said the email was meant to be a follow up to the orientation presentations.

The university expects to release a Campus Climate Survey in the spring to collect data on issues relating to students’ experiences with sexual violence, as well as information on norms and behavior.

Rentto said willingness to engage in bystander intervention is an example of an aspect that will be assessed.

She said the survey will likely be conducted yearly to allow the university to see if its initiatives are effective.

“We can do a survey … but if we’re only getting 5 percent of students participating in this survey, there’s not necessarily as much values as opposed to if we tried to get a much larger population of our students to participate,” Rentto said.

The university might offer nominal extra credit for Communications 103, a required course for freshmen, to students who participate. The university will also create incentives such an iPad or an SDSU Bookstore gift card raffle, Rentto said.

During a student rally against sexual violence in September, a demonstrator suggested the university make the survey a requirement, such as the online alcohol education program eCHECKUP TO GO.

But Rentto said mandating surveys that collect data is not allowed. eCHECKUP is required but data is not collected and it is used as a self-assessment for students.

She added that a survey through Webportal is not an option because SDSU wants it to be annonymous.

The women’s center, currently being developed, will offer resources, outreach and educational programs. It will also collaborate with SDSU groups and external organizations to focus on women’s issues.

The coordinator is expected to be an advocate for individuals who have been sexually assault, among other duties.

The center will also run marketing campaigns, such as what it means to be a feminist, Interim Associate Vice President for Campus Life Christy Samarkos said.

The center is expected to open during the current academic year, Samarkos said.

Student Affairs and an advisory group comprised of faculty, staff and students are developing the mission and goals of the center, as well as the job description for the coordinator.

Undergraduate and graduate students will intern or work, and be trained as advocates, Samarkos said.

The center is expected to be located opposite The Pride Center. It will include study space and room for panels.

This semester, Health Promotions Department and Counseling and Psychological Services conducted 13 trainings on sexual assault awareness and prevention for residents of SDSU housing, according to SDSU’s Title IX website.

In August, Residential Education staff were trained on Title IX policies and how to respond to reports of sexual violence. They are instructed to report any information regarding assault allegations to their Residence Hall Coordinator.

“They said if (sexual assault) happens, we need to report it or we could lose our jobs,” Tenochca Resident Advisor Rachel Beck said.

Beck is trying to update the official rules for residence hall sexual assault education. She said the current procedure focuses too much on what the victim should be doing right and doesn’t equally address how to stop the perpetrators.

“We’re trying to change the narrative,” she said. “It’s important to tell the person assaulted it’s not their fault. It’s important as a community to know that it’s never that person’s fault.”

For many students, including nutrition freshman Cory Schiltz, the resident advisors would be the first point of contact for sexual assault reports.

“Your RA is a little closer to you, a little more personal and knows what you’re going through a little better,” he said.