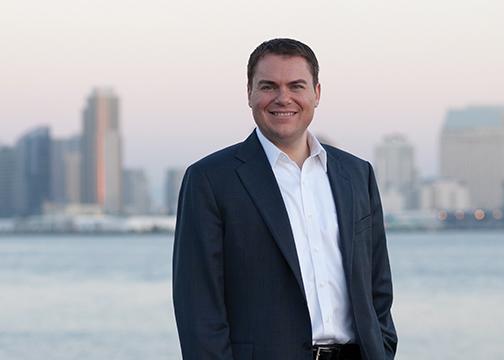 Republican Carl DeMaio previously worked to reform the budget of San Diego, finding many problems with the way San Diego county officials handled money. He led the Citizen’s Budget Act, which focused on exposing and reforming the problems found in the San Diego budget.

“The politicians at the time denied there was a financial crisis in the city,” DeMaio said. “I underwrote a project to hire college researchers to pore through the budgets and do public records requests so we could get the information out there to the public as to what was really going on with their money.”

DeMaio ran for mayor of San Diego in 2012 and lost to Bob Filner. He then announced his intention to campaign for congress in May 2013. Following the scandal that led to Bob Filner’s resignation in August 2013, DeMaio opted out of the following November 2013 mayoral special election. He was already beginning his congressional campaign, and changes put into effect by Filner reinforced his decision.

“In 2012 and into 2013 things dramatically changed … Bob Filner pushed through and approved a five-year labor contract, which locked into place how the city operates… meaning that I would have to wait for a full term before I could actually start fashioning the city government I think we ought to have,” DeMaio said. So ultimately I felt that I could make a bigger impact on the national level.”

The impact DeMaio wants to make on the national level includes aiming to resolve economic issues and working to improve the education system. For him, the matter of job creation and education go hand-in-hand.

“Job creation, economic revitalization has to be the cornerstone, the starting point for our elected official’s focus. Second, we really need to improve the education system. If you want a solid economy, you need well-trained workers, making sure that we have a strong K-12 education system (and) making sure that college is affordable,” DeMaio said.

In terms of social issues, DeMaio said there should be a cohesive, bipartisan acceptance of basic personal freedoms, such as marriage equality, health care choices and privacy from the government in phone calls and emails.

“I think that politicians ought to get the hell out of our personal lives,” DeMaio said. “What’s happening right now is not only do we not have those basic guarantees, but both political parties get distracted over fighting on these issues from issues we want to see the government address, like the economy, education, and national debt.”

Influencing change on a local level is a factor that drew DeMaio to politics. He ran two companies, one in San Diego and one in Washington, D.C., and was frustrated with problems affecting his business. He decided to become more involved with local politics in an effort to create change in San Diego.

“I believe we can make San Diego just an extraordinary success, and improve our quality of life, if we had more accountable government at the federal, state and local level,” DeMaio said.

But DeMaio does not see politics as a permanent solution to many of the problems San Diego faces.

“Politics should not be a career,” he said. “Politics should be more a service to the public that you are willing to endure because you want to get something done that you really believe in. There are too many politicians that see this as the best job they’ve ever had. They love the title, they love the perks. That’s one of the reasons why our political system is broken.”