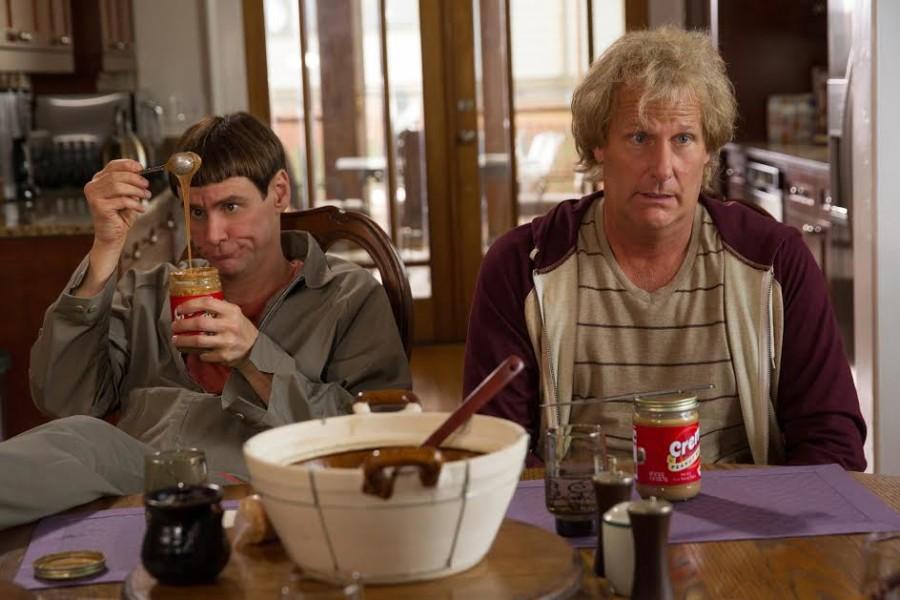 In 1994, the Farrelly Brothers introduced America’s favorite idiots, Harry and Lloyd, in the smash-hit “Dumb and Dumber.” Two decades later, Jim Carrey and Jeff Daniels reprise their roles in the follow-up film, “Dumb and Dumber To.”

Now that the motion picture is playing in theaters everywhere, audiences can have their long-held question finally answered: does the sequel live up to the original? Unfortunately the general consensus seems to be “no.”

What felt fresh in the first film seems all too simplistic in the sequel. The new film lacks the classic one-liners that people still quote from the 1994 original. Instead, the script is full of easy slapstick comedy— the kind that’s more desperate than funny when coming from middle-aged adults. After a while it becomes almost exhausting to listen to ignorant banter between the overly dim-witted characters.

Not to say that the Carrey-Daniels duo isn’t refreshing. They essentially play the exact same characters as the two goofballs road trip across the country to find Harry’s (Daniels) alleged daughter. However, playing dumb stops being funny past a certain age. A few genuine laugh-out-loud moments come from the outrageous situations Harry and Lloyd get into throughout the film but just not enough of them.

Fans of the original might also be relived to see some old friends make a return. Remember Billy, the blind kid with the pet bird? He still lives in the apartment next door and still definitely holds a grudge against Harry and Lloyd. Many more references are thrown into the script for audiences to catch as well.

Even though “Dumb and Dumber To” was a higher budget film than the first, it still fell short, proving more money doesn’t equal better comedy. It was a valiant effort from the Farrelly Brothers but perhaps there’s just no topping the legendary original.

Let’s be honest: despite the wide range of disappointed feedback from critics, loyal fans are still going to line up to see the anticipated film anyway. So grab a Big Gulp and some Slim Jims and you be the judge.