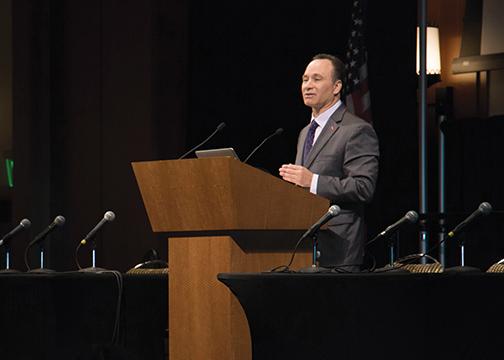 San Diego State President Elliot Hirshman’s compensation will increase to $412,000 after the California State University Board of Trustees approved a 3 percent salary increase for CSU executives.

Hirshman’s salary is now set at $400,000, which includes a $50,000 supplement from the Campanile Foundation. Housing and a $1,000 car allowance is also provided for the president.

These numbers make Hirshman the highest-paid university president in the CSU system. He is the second-highest compensated CSU executive after CSU Chancellor Timothy White, who makes $410,000 with a $30,000 supplement and housing expenses provided.

This pay increase comes the same year as the implementation of the Student Success Fee. The then-proposed fee sparked student-lead protests during the grand dedication of the Conrad Prebys Aztec Student Union last spring. 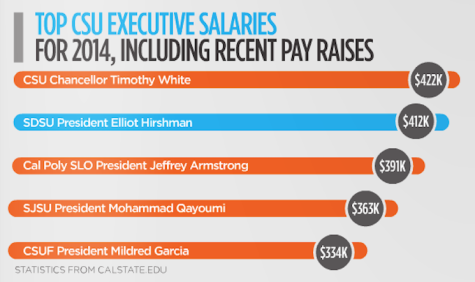 The CSU system has not increased tuition for students since 2011. However, SDSU students have seen an increase in fees in the past 10 years, including the Student Success Fee.

The CSU Board of Trustees does not have influence over the implementation of university-specific financial decisions such as the Student Success Fee, but the CSU Chancellor is required to approve them.

“We want to have the very best people in place at our universities,” he said.

Hirshman was hired in 2011 and started with an unprecedented $350,000 annual salary. Supplemental compensation brings the total to $400,000. 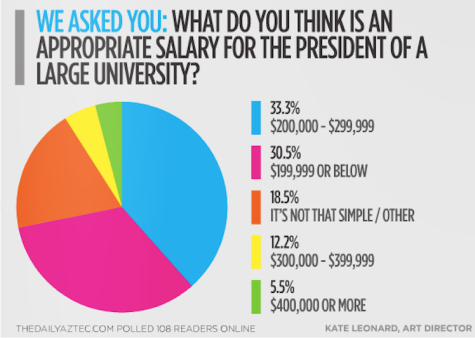 SDSU spokeswoman Beth Chee said Hirshman’s salary increase is a decision made at the CSU level and said it “is not appropriate” for the university to comment.