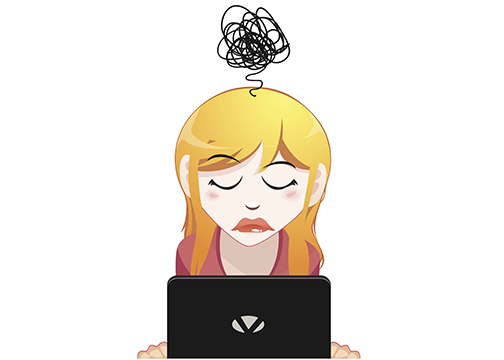 More than one billion people around the world have Facebook accounts. Twitter has 232 million users and Instagram has around 200 million. For many people, checking these social media sites has become an addiction. Granted, social media keeps us updated on people’s lives; it’s a good way to stay in touch with friends, near or far, and even to get the latest news stories. But recent reports show this social media addiction may be costing us.

With a fast-paced and ever changing world, it would be difficult to go without social media. It has its uses, whether it be staying updated on events, getting a good laugh now and then, or contacting friends; but perhaps, we’ve been going about it wrong.

In April of 2011, Pediatrics magazine coined the term “Facebook Depression” using it to describe a correlation between the amounts of time any given individual spends on social media and their level of depression. While there hasn’t been much neurological research done on the topic, many researchers have suggested social media websites such as Facebook, Twitter and Instagram decrease user self esteem, and increase chances of depression.

For example, one might question why a friend gets more than 100 likes on an Instagram photo when they only get 23. An article in TIME magazine recently read, “Social interaction was the second most common cause of envy as users could compare how many ‘likes’ or comments were made on photos and postings.”

“I sometimes notice that my interesting posts often get less likes than others posted by my more ‘popular friends,'” humanities freshman Sonja Rolon said. “It’s hard not to let something like that define your self worth.”

However, numbers aren’t the only aspect of social media that can make users feel down. Users tend to compare events in their own lives with those posted by friends and acquaintances. Often times people feel excluded when they see pictures of events they weren’t invited to, or perhaps they can feel lonely if they see pictures of couples.

German researchers at Humboldt University said one of Facebook’s biggest downsides is, “A spiral of envy that develops when you see your Facebook friends exceling or enjoying life in ways that you aren’t.”

It’s important to remember on social media, people often present an ideal version of themselves that often doesn’t depict reality.

“It’s easy to look like you’re having a blast when you aren’t really, and no one wants their lives to appear boring,” undeclared freshman Kira Powell said.

With social media people often times feel pressured to present false representation of themselves, creating a facade. Users need to capture the perfect photo to post on Instagram, not to mention choosing the right filter. Posts on social media don’t always reflect an individual’s daily life.

It’s not worth harming  your mental wellbeing through unrealistic expectations set by social media sites. Next time you get home from a long day of classes or work, instead of grabbing your phone and immediately scrolling through your feed, go for a walk, paint your nails or take a nap.

When an individual immediately checks Facebook, it’s an immediate shift from a school environment, where there’s a constant flow of information, straight to social media. Give yourself some time to rest.

Lastly, it’s important to remember things aren’t always what they seem when it comes to social media. It’s easy for users to portray a perfect life when that may not always be the case. Don’t always focus on the numbers, the likes and the favorites, but instead the meaning behind each person who reaches out to you.

The hardest and most impactful thing one can do to reduce “Facebook Depression”  is by checking it less. Get outside, spend time with people you care about, or just take a break and enjoy being freed from the constraints of social media. An update or a Instagram post isn’t worth anyone’s mental wellbeing.