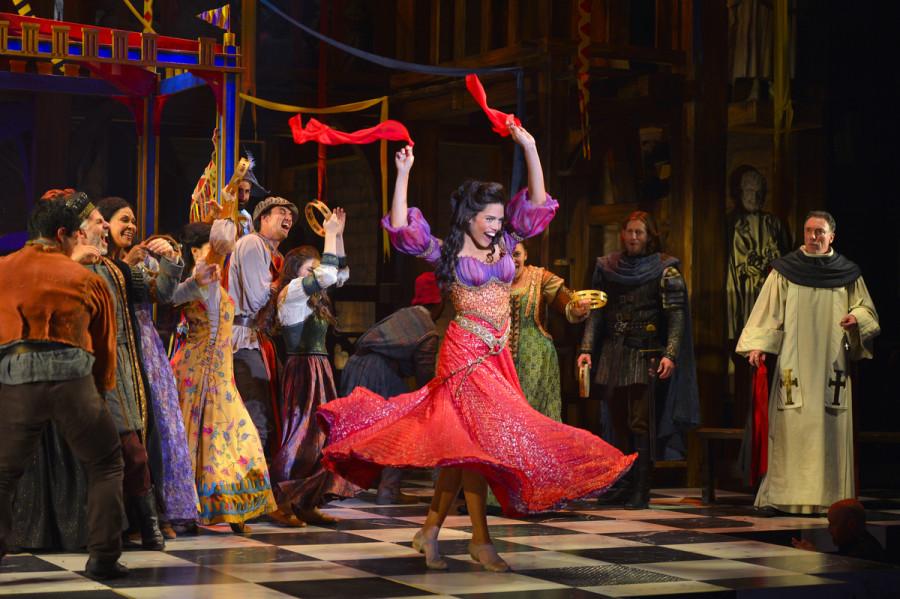 Following the wild success of “The Lion King” and “The Beauty and the Beast,” “The Hunchback of Notre Dame” is no exception to the legacy of Disney. Staged at La Jolla Playhouse, a production of the famed story will run from now until Dec. 14. Adapted from both the Disney film adaption and the Victor Hugo novel, this tale of the hunchback Quasimodo stayed truer to the novel compared to the 1996 animated film. With a strong cast and breathtaking music, it is a must-see play.

The La Jolla Playhouse production of “Hunchback of Notre Dame” is directed by Scott Schwartz. The music is by Alan Menken and lyrics are written by Stephen Schwartz, the son of the director. More than a few surprises await the lovers of the Disney animated film including a changed storyline and new songs added into the production.

The production stars Julian Decker as Quasimodo, Patrick Page as Dom Claude Frollo and Ciara Renée as Esmeralda. The story follows the tale of Dom Claude Frollo, who has been raised by the church with his brother. When a disaster strikes, Frollo is given his nephew Quasimodo to raise and take care of. He keeps his nephew in the bell towers of Notre Dame for protection. On the day of the Feast of Fools, Quasimodo decides to go down to join the people “out there,” beginning the story of how he becomes a man and realizes the truths of the world.

The beauty of the set designed by Alexander Dodge was astounding, transitioning to each different scene seamlessly. One moment you were on the streets outside of Notre Dame and the next you were back in the bell towers with beautiful bells hanging above you. The setup seemed simple with a choir sitting in pews behind the performers, providing the heart of the music. The same goes for the costume design by Alejo Vietti. It was simplistic but beautiful from Esmerelda’s intricate red dancing dress to the transformation of Quasimodo at the beginning of the play. The simplicity allowed you to turn your attention to the music and the characters. The story was what was important, not an extravagant setting.

Now, for the true fans of the Disney animated film, sadly no awkward gargoyles hobbled around the bell towers of Notre Dame. Instead, the congregation donned a simple gray shawl over their shoulders as the gargoyles, the bells and the very stones in the walls. They were Quasimodo’s conscience, and he became less dependent on them as the story developed on stage, following the curve of him growing up.

Of course, small pieces will be more likely updated if the production makes it to Broadway. But those mishaps are so few and small, this play could go to the big leagues now and do stupendously.

This “Hunchback of Notre Dame” production is definitely one for the older crowd. With dark and sexual themes, this isn’t “Beauty and the Beast” where you would feel comfortable taking children. This is a play for adults, which allows for a beauty in the production and a leniency that wouldn’t be allowed in any other Disney-adapted classic.