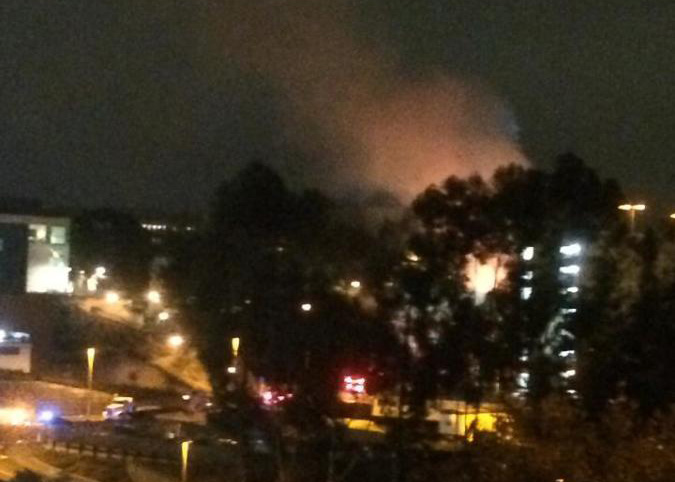 by David Hernandez and Patrick Carr 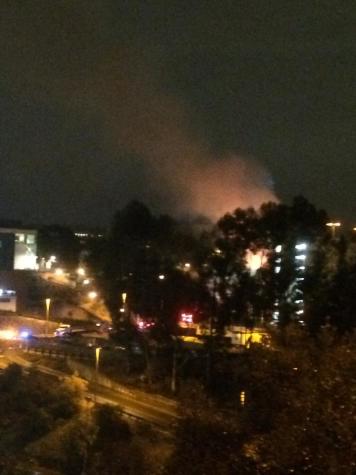 12:50 p.m. update: The damage to the chill plant did not affect the campus, according to an SDSU NewsCenter update. The cooling system is not affected. As part of a project that includes replacing mechanical systems and cooling towers, demolition work was being done on the chilled water towers.

12:03 p.m. update: The fire has been deemed an accident and the investigation is closed, San Diego Fire-Rescue spokesman Lee Swanson said.

Workers inside the university’s chill plant were repairing two chiller units with cutting torches when material caught fire, Ricci said. The workers were unable to put the fire out and exited the building. No injuries were sustained.

Approximately 60 personnel from the San Diego Fire-Rescue and Heartland Fire and Rescue departments put out the main body of the fire within 35 minutes, San Diego Fire spokesman Lee Swanson said.

The incident became a 2-alarm fire because of the amount of smoke, Ricci said. 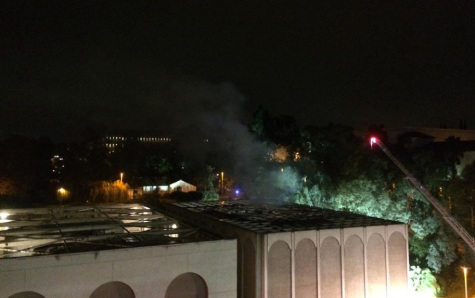 A HAZMAT team was on scene, but there were no problems involving hazardous materials.

SDSU’s chill plant, located near Parking Structure 4 and West Commons, was the only building damaged by the fire.

The chill plant was constructed around 1970, according to SDSU Library’s Digital Collections.