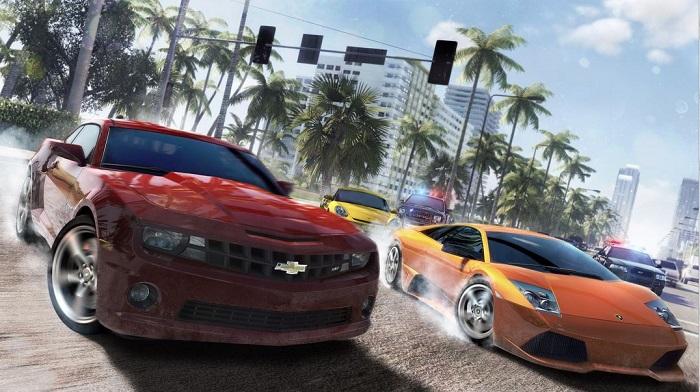 Racing games seem to fall into two categories these days: the dedicate realism of your Gran Turismos’ and the over the top nature of Need for Speed with explosions and all that good stuff. Ubisoft’s latest creation, The Crew, headed by Ivory Tower, straddles the line between both categories for better or for worse. The online racer seeks to become an open world multiplayer extravaganza, creating a social word for players to hang out with each other, challenging each other, and upgrading their vehicles. This review takes a look at the four aspects of the game: Story, Difficulty, Replay-ability, and Visuals; respectively giving them a score out of 5, with five being great/exceeds expectations and a one being poor/below expectations.

The intriguing plot attempts to give the player some sense of dedication by introducing them to the main character, Alex, and then killing off his brother, a leader of a car gang, in a very intense scene. The intensity should have been there, except we had not known his brother for more than two minutes. Alex is framed for the murder by a corrupt FBI agent and the rival gang leader and does hard time. He is released after agreeing to work for the FBI in taking down the corrupt agent and…

The plot of The Crew for all intents and purposes serves as a (oh the puns) vehicle for you to level up and buy more cars by participating in challenges and races. It is filled with clichés taken from Fast and Furious movies and is not the focal point of the game.

Score: 2/5, Clichés and uninspired storytelling hold this title back from a higher score

The learning curve of The Crew starts at a beginners pace, as many games with a large multiplayer base do. But once the prologue ends, you are totally cut loose, allowed to explore the huge world of the United States (not designed to scale obviously). By having your single player experience take place in a multiplayer world means that you will constantly be challenged by other players beating your records and facing you for supremacy of the streets. There are multiple driver classes that you can master, each with its own difficulties. From here, the curve increases exponentially against the computer, but against other players you may find yourself beating them easily due to your expertise and their inexperience. While The Crew is an always online game, you can choose to go solo on most of the missions, which leaves me baffled as to why Ubisoft mandated you always be online. Regardless, you never feel like you are helpless to level up, as the game is constantly providing you with incentives to do so. I felt excited whenever I placed first and won new parts for my car, even though I had no idea what it meant.

Score: 4/5, Lack of consistent learning curve keeps this from being perfect

I mentioned above that the United States is the setting for The Crew. It’s easy to see this is where Ivory Tower was able spend a lot of their time visualizing the U.S., giving each city and territory a distinct feel over a ridiculous amount of space. Detroit feels like the Motor City, Las Vegas has deserts and mountains, and the Midwest has … fields. Obviously, some territories have more to offer while some are uninspired massive land chunks designed to let the player roam around forever. The cars are also faithfully recreated down to the little Mustang logo outline on the grille of my Shelby Mustang. They are also ridiculously expensive; I got the idea that Ubisoft expects me to be in this game for the long haul. You kind of have to be in order to drive the nicest cars and win in the biggest cities. Your cars also take cosmetic damage, which is one of those little details that always annoy me about other racing titles was when your car has a head to head collision with another car and all that’s left is a scratch.

This is always the toughest category because it tries to answer a fundamental question that is difficult: is this a fun game to play after the initial interest has waned? In short, yes. The Crew is a fun game to play. It appeals to the hardcore driving fans for its authenticity in its car selection, and attracts those who just want to go fast. Having an always online experience lets the player to constantly improve their skills against real world opponents. The customization and leveling up system is deep and strong, allowing for a deep immersion experience. The addition of allowing you to add members of that online world to your own crew just builds that social experience and makes The Crew a game you should try out.

Score: 4/5, If you are not in an area where The Crew is heavily played, good luck finding your own Crew as the expansive world can feel lonely at times

Final Score: 15/20, Play The Crew if you love racing games and multiplayer. If you don’t, take a look at some online demos first before buying the full retail addition.