Review: Disney wins big with ‘Into the Woods’ 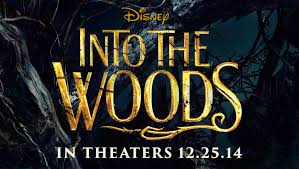 Walt Disney Studios has produced many animated and live action musicals over the years. Oddly even however, the company has never adapted a Broadway masterpiece to the big screen. That will all change on Christmas Day when Stephen Sondheim’s “Into the Woods” (which originally premiered at The Old Globe Theatre in San Diego in 1986) is released in theatres. 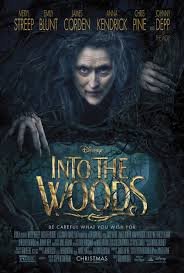 Based on fairy tales from the Brothers Grimm, the story primarily revolves around a baker (James Corden) and his wife (Emily Blunt). The two desperately want a child, but an intimidating witch (Meryl Streep) reveals that she has put a curse on the baker’s family because his no-good father (Simon Russell Beale) stole magic beans from her garden.

The witch promises the couple that she will remove the curse if the baker and his spouse collect several ingredients for a mysterious potion. Little do they know, that the journey will have them crossing paths with Cinderella (Anna Kendrick), Red Riding Hood (Lilla Crawford) and Jack (Daniel Huttlestone) from “Jack and the Beanstalk.”

Before discussing whether or not the movie is worth seeing, it is time to address the elephant in the room. Earlier this year there were rumors, started by Sondheim himself, that the film would be tamer than the stage version in order to appeal to a family audience. While the rating of “Into the Woods” is PG, the content and sometimes adult lyrics have not been softened for children. This is all for the better, since eliminating edgier musical numbers such as “Hello, Little Girl” and “Giants in the Sky” would ruin some of the offbeat originality of Sondheim’s tunes.

The biggest addition to the motion picture is screenwriter James Lapine’s (who also wrote the book “Into the Woods”) decision to add even more humor into an already comical narrative. All of the laughs feel organic mainly thanks to the strong cast.

Every major player gets to shine, and there is not a “Pierce Brosnan-like” singer in sight. Since there is so much wonderful work from Meryl Streep’s chilling witch, to Chris Pine’s hysterically smug take on Cinderella’s prince, the result is a cohesive ensemble.

While director Rob Marshall’s last musical “Nine” was too visually similar to his Oscar winning hit “Chicago,” he does something completely different with “Into the Woods.” Marshall decides to tell events straightforwardly, as opposed to making all the tunes into dream sequences like his previous projects. This allows for the numbers to make a more emotional impact. The filmmaker occasionally makes stylistic choices, yet he does not overindulge in these moments.

What really makes “Into the Woods” a truly special experience are the themes explored throughout the quest. Although brave kids might enjoy themselves, teenagers and adults will likely be surprised by the issues being addressed such as morality, responsibility, death and even infidelity. Seeing a potential blockbuster spectacle realistically deal with these subjects is unbelievably refreshing.

Some fans might criticize the final product for cutting several minor and major melodies, as well as altering the fate of a supporting character. These possible criticisms are legitimate, but the alterations do not take away from the impact of the plot.

Proudly impassioned and goose bump-inducing, “Into the Woods” is easily one of Marshall’s biggest Hollywood achievements. It will be outstanding if the adventure introduces a new generation to the brilliance of Sondheim.