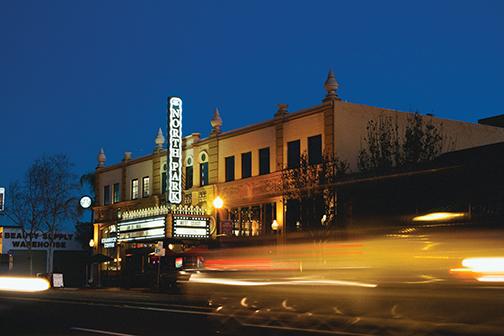 by Lilly Glenister and Sarah Tanori

San Diego music fans definitely have something to be excited for in 2015: On Jan. 15, the North Park Theater on University Avenue officially went under new ownership by the owners of the poputlar Orange County music venue The Observatory.

For the past four years, The Observatory OC has served as an all-ages music venue hosting a wide variety of bands from well-known artists such as Weezer to under-the-radar acts that grace the bills of indie festivals like Burgerama and Beach Goth. Now with its new ownership of the North Park Theater underway, there is no doubt the venue, now called Observatory North Park, will continue on its path as one of the go-to places for music in San Diego.

It’s without much surprise that The Observatory OC would be interested in setting up shop in the eclectic neighborhood of North Park, which not to mention was named one of America’s best hipster neighborhoods by Forbes in 2012. The neighborhood is already home to other popular all-ages venues such as The Irenic; a renovated church that has hosted many of the same bands that have played at The Observatory OC, including Andrew Jackson Jihad, Hunx and his Punx, and King Tuff.

In 2014, The North Park Theater itself began to show true promise as the then-new owners worked with The Casbah owner Tim Mays to book popular artists such as Ms. Lauryn Hill.

For those fearful of the historic theater losing its vintage look, the new owners are not looking to make major changes to the venue other than an even larger increase in big-name shows in the coming years, according to an article by the U-T San Diego.

The opening of the Observatory North Park could not come at a better time especially given the recent calls for eviction of do-it-yourself venues Ché Café and The Dial, both known for their all-ages shows and their individuality within the San Diego music scene. San Diego music is predominantly known for taking place at either bars or said DIY venues. However, after the closures of the latter, there hasn’t been much left for those under 21 to foster their love of music.

That’s where the Observatory North Park comes into play. With a venue of this caliber, there is now an opportunity for music to flourish in a way like never before. DIY venues such as Ché Café and The Dial set foundations for a cultural standard in the San Diego music scene, one that didn’t focus on the profit but the kids of this city and their love of music. That said, a venue such as the Observatory North Park could also expand this idea by providing a space that exposes kids of all ages to artists of different backgrounds.