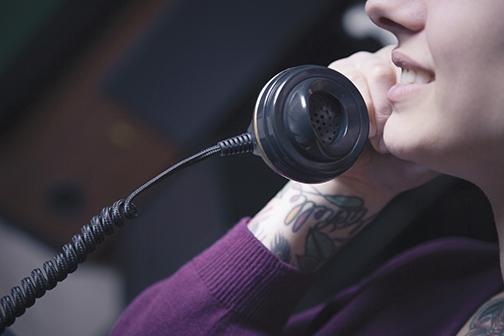 The 21st century brought about many changes and challenges to social norms. The growing popularity of tattoos, for instance, is challenging the public taboo of visible tattoos in the workplace. There was a time when a visible tattoo was the kiss of death for employees. Managers and CEOs of Corporate America viewed tattoos as unprofessional. In today’s day and age there is much more diversity and acceptance in the workplace, however it’s still legal for employers to turn away candidates for having tattoos. Just how much has professional perception changed?

Just like all generations, Millennials have a distinct personality. They are confident, open-minded and hopeful for the future. So when it comes to self-expression, many young people view tattoos as a way to openly display their identity. About 40 percent of Millennials, those born between the early ‘80s and the early 2000s, have tattoos according to Pew Research Center.

However, visible tattoos are still a red flag to some employers. Bobbie Gray, interim associate director at San Diego State Career Services, weighed in on the issue and reminds students that more experience with different employers leads to a more enriched work ethic. That means understanding that people have different stances on tattoos in the workplace and the appearance of tattoos may prevent certain job opportunities from happening.

“It depends on what and where it is,” Gray said. “And what kind of message you’re putting out there.” She said the same goes for the way a person is dressed; it all depends on how one wants to present themselves.

Gray said the biggest thing employers are looking for in individuals today is attitude. Those thirsty for experience and a willingness to put in extra effort will be successful in finding jobs.

“Students need to spend more time with career services and employers,” Gray said. In doing so, they would learn necessary and helpful skills and ultimately learn what employers are looking for.

Perhaps those with enough drive to spend time gaining work experience might come to the conclusion that tattoos are too much of a burden. But then again, should free expression be compromised to please employer expectations?

Gray said yes — rather, it’s not a compromise or sacrifice when an employer has something an employee wants. Even coming out of the recession, Millennials should still have the mindset of doing whatever it takes to get a job and gain experience.

According to Career Services, 78 percent of the SDSU student body is employed. That statistic alone is a testament to the drive college students have to work for job experience and get an education. The huge wave of young people entering the work force makes the tattoo taboo extremely relevant. If tattoos are becoming more mainstream in general, especially among the younger demographic, is tattoo discrimination a problem of the past?

According to Support Tattoos and Piercings at Work, 76 percent of employees feel tattoos and piercing hurt your job interview chances. However, 73 percent of people say they would hire staff that had visible tattoos.

Despite how much the perception of tattoos has changed in the past decades, people are still afraid their tattoos will prevent them from being hired.

It all seems pretty outdated. Employers need to be hiring based on the performance, qualifications and attitude of an employee. Although the status quo regarding tattoos has evolved, it’s too common to hear about overly qualified candidates being turned away from a job because of their individual right to be tattooed.

However cliché it sounds, the character of a person should be judged by what’s on the inside and not what’s tattooed on the outside.