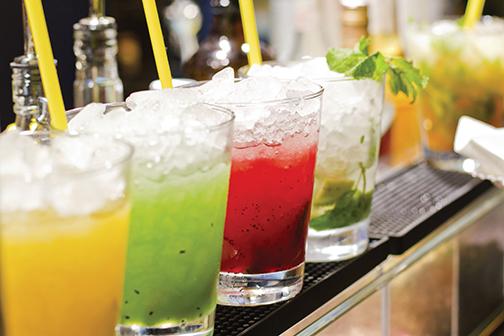 Incoming college freshmen reported lower rates of alcohol consumption than in previous years, according to a survey recently released by the University of California, Los Angeles.

The rate of students who reported drinking beer as a teenager was recorded at 74.2 percent in 1981, but has since dropped, to 33.2 percent last year.

The annual survey is conducted as part of the Cooperative Institutional Research Program. Kevin Eagan, director of the UCLA program, said the CIRP Freshman Survey originated in 1966 as a way for universities to develop a baseline of data about their incoming freshman.

Eagan said he was surprised at the substantial decline over the past decade relating to the time students spent partying, drinking and socializing.

“Students who are starting college these days have heard for years about the importance of doing well in school, getting involved in extracurricular activities and making their college applications as strong as possible,” Eagan said. “It seems as though students have taken that message to heart, and their social lives may have been sacrificed along the way.”

Sophomore Michael Leggerie said he thinks a reason why the rate has decreased could be because stores are more strict about selling to those under 21 years of age and ID cards are becoming harder to duplicate.

Meanwhile, a study published by the University of Michigan in December of 2013 showed that the disapproval of binge drinking among teenagers has gradually increased while perceived availability of alcohol has been declining.

This data also brings up a significant question: Should the inexperience of incoming freshman be cause for concern when entering college with more freedom and opportunity to drink?

Eagan said if students are reporting accurately that they have never drank wine, beer or liquor in high school, when then they arrive to college with no experience or exposure to alcohol and without the proper guidance or education, students could end up pushing their limits too far.

He said this presents universities with the opportunity to ensure they are conducting the appropriate education and outreach programs for the incoming freshmen.

San Diego State requires all freshmen and transfer students to complete the online eCHECK UP TO GO. The program, conducted by the Alcohol and Other Drugs Task Force, allows incoming students to monitor drinking patterns, identify the risk factors and become familiar with the resources and guidance available on and around campus.