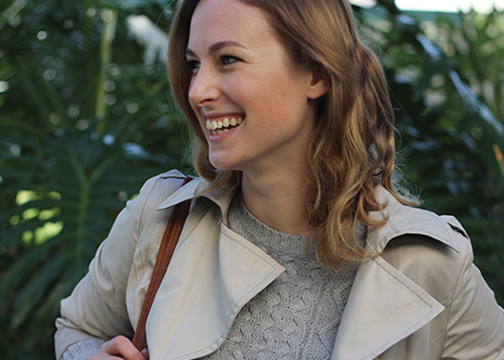 The beauty of attending a university with students from diverse backgrounds is continuing to be surprised by their past experiences. One student in particular once modeled in Los Angeles Fashion Week, but now uses the hallway to strut her stuff. 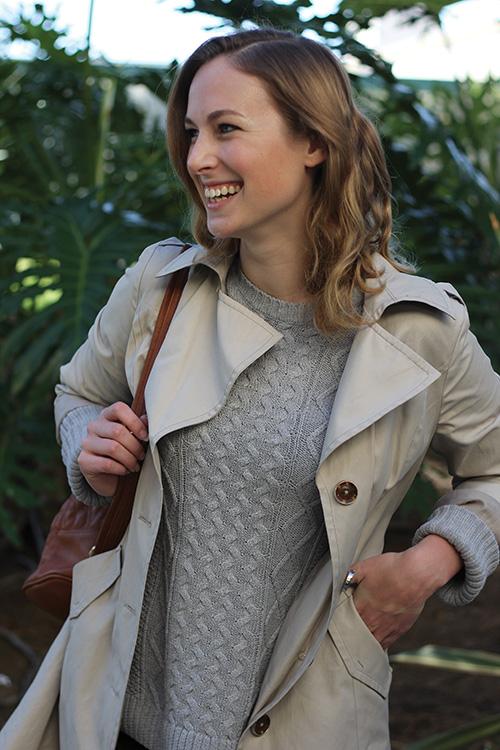 Public relations and philosophy senior Courtney White decided to move across the country from Buffalo, New York to pursue her dream as a model at just 18 years old.

“I came to San Diego and got in touch with a few small people who worked for KUSI and I used to do their fashion segments,” White said.

While doing the fashion segments, White quickly began networking. After her first big modeling job, she continued to get called back to do more.

“First, I started in the San Diego area and after I did the small things here with local photographers and magazines and local boutiques, I did find a few opportunities outside of San Diego,” White said.

White was eventually contacted by Courtney Allegra, a small designer who wanted White to model for her in the spring of 2013. The event took place at a venue on Rodeo Drive, and White confessed that the event was more fun than she expected.

As White was an independent model, she learned to represent herself and slowly worked up through the industry. When she was asked to go to Los Angeles to be a part of fashion week, she had no idea she would be the lead model.

“You feel special as a model when you get to walk as the lead,” White said. “If you’re in the front or in the back, you get the special part or get to wear the two nicest things.”

White remembers doing the show and being inspired to start a fashion blog here at San Diego State. However, she soon realized that many students on campus were not as interested in fashion as she had hoped.

After her blog did not work out, White decided to focus on her academics and continued to model on the side.

However, she continues to use the skills she learned on the runway to help with her future goals, such as public speaking. However, White believes her most cherished skill from her past as a model is the ability to dress well, especially for work.

White continues to model for a company she admires, Bumble and Bumble, but she doesn’t see herself back on the runway anytime soon.

“I try very hard not to be as focused on my appearance as I used to be,” White said. “Spending so much of time getting ready in the morning is almost a little embarrassing, so I try not to spend too much of my time doing it. But I still have my habits.”

As for White, she still enjoys fashion week and seeing all the different clothes that come out each fall and spring. But, as a personal opinion, she does believe Michael Kors is overrated.