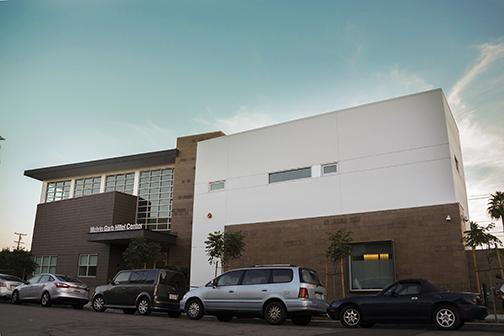 David Horowitz, founder and publisher of the website Jew Hatred On Campus, said the placing of the top ten is not in any ranking order, but rather alphabetical order. He added that SDSU should be ashamed they were even placed in the top 100.

Horowitz said he believes the reason no action has been taken on behalf of Jewish students who feel threatened is because campus organizations fear of offending Muslims and being accused of targeted discrimination against Islam. He said if it was minorities speaking up against perceived mistreatment or feeling threatened, the university would take swift action.

“I am sure that if even a few African American or Hispanic students felt that SDSU was hostile to African Americans or Hispanics, the university and its diversity deans would move heaven and earth to correct the situation,” Horowitz said.

The article continually references SDSU student organization Students for Justice in Palestine. Jew Hatred On Campus claims SJP is responsible for invoking fear in the Jewish students on campus because of events it has held, including the simulation of an Israeli airstrike last semester during which SJP dropped about 500 leaflets off the third floor of the Conrad Prebys Aztec Student Union.

SJP Internal Affairs Officer Alexander James said the organization has no intention of hurting anyone, and does not condone any type of harm inflicted on someone because of their personal and religious affiliations.

“SJP wholeheartedly rejects every act of violence or hate committed against a person due to the groups that they identify with,” James said.

He said the mission of SJP is to eliminate all forms of discrimination, especially those committed against the Palestinian people. SJP is made up of members of many religions, including Judaism, which James said is why it would not make sense to call the organization “anti-Semitic.”

“As for the work we do at SDSU, I believe the simple diversity of our activism shows that we strive to be inclusive and intersectional,” he said. “Our activist work is based on love for our people, not hatred of others.”

Jeffrey Glazer, an active member of the Jewish community and retired lecturer for the College of Business Administration who recently endowed SDSU with a gift toward leadership and community service center, disagrees with the claims that SDSU is an anti-Semitic school.

“I found the article to be totally off-base,” Glazer said. “I have never seen or experienced any sort of widespread anti-Semitism on campus. The article is not supported by any sort of empirical evidence other than to list a small number of activities that highlight a certain point of view with respect to Israel and the tensions in the Middle East.”

Glazer said SDSU is a diverse campus with debates taking place all the time, whether it be regarding issues in the Middle East or whether the Chargers football team should stay in San Diego or not. He also said he believes the administration feels one of the best ways to create informed citizens and future leaders is to encourage students’ freedom of speech and to open up the dialogue about important issues.