Tasty Tuesday: Basic Urban Kitchen + Bar is anything but 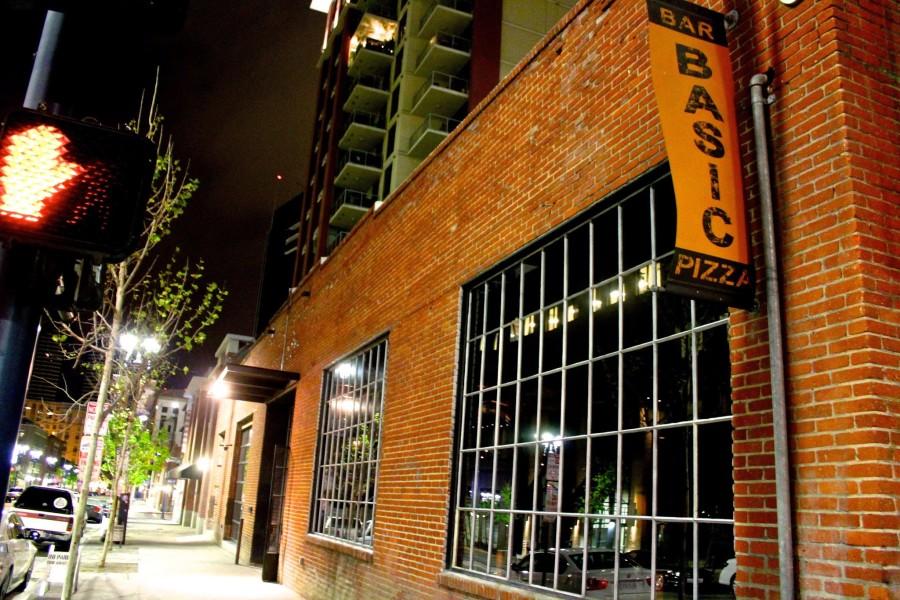 Let me assure you, not being of legal drinking age while walking through Downtown at 9 p.m. on a Friday night is a struggle. But as it turns out, there is more to do on a busy night in Downtown than bar hop. Not only is the area known for it’s nightlife, but it’s also known for its restaurants, and Basic Urban Kitchen + Bar is no exception.

Approaching the establishment is a bit overwhelming during the night hours, as there are multiple security guards in the front. What makes Basic different than most places is that it’s separated into two sections: the bar, which is structured like a lounge, and the restaurant, with a opaque black curtain. As you may have already guessed, you need to be 21 years of age to enter the bar side, but patrons can walk straight into the restaurant without a hassle.

The restaurant has a simplistic, urban, gastropub vibe with brick walls, wood tables and hanging lights. The restaurant makes customers feel like they have been transported back in time, which makes sense because as it turns out, Basic was actually converted from a 1912 warehouse. Recycling at its finest.

The thing I like most about Basic Urban Kitchen + Bar is the simple one-page menu. I am an absolute pizza fanatic, and lucky for me, Basic sells fantastic thin-crust pizza. At the top of the menu there are basic starter pizzas, and towards the bottom there are more intricate options.

Each pizza comes in medium or large. I visited Basic with a group of five, so it was obvious we were going to order the large pizza. But of course, even with an oversimplified menu, we still could not decide on one pizza. I don’t think I’ve ever said no to a slice of pizza, but not everyone shares my ideals.

First, we decided to order the Mashed pizza, which is a white pie with mozzarella, mashed potatoes and bacon. I consider myself a pizza connoisseur and I have never heard of mashed potatoes as a pizza topping, so we had to order it. We also wanted to order a So Meaty, which is a red pie with bacon, pepperoni, sausage, basil and ricotta cheese for the other half of the pizza. That didn’t work out as planned because our waitress informed us that the kitchen couldn’t make a pizza with two different base sauces.

This of course, was disappointing to hear, but don’t worry, there is a happy ending. We ended up pairing the Mashed pizza with another pizza called J Street. J Street is a white pie with mozzarella cheese, chicken, bacon and sun-dried tomato pesto. For a packed bar and restaurant, our pizza arrived quicker then expected, with a less than 15 minute wait time.

We all dug in to our large pizza, which I poured hot pepper all over as a personal preference. I never would have thought to put mashed potatoes on a pizza, but the combination totally worked together. The J Street exceeded all of my expectations, but what can I say I’m a sucker for pesto. As a side note, I would definitely recommend ordering the two together, as they complement each other’s flavors extremely well.

Our waitress was nice enough to split the check five ways without us asking, it was as if she had read out minds. The total bill was $29, which was definitely worth the high quality of the pizza and the astounding atmosphere. I can’t wait to return to Basic Urban Kitchen + Bar, but they should consider changing their name, because their pizza is anything but Basic.