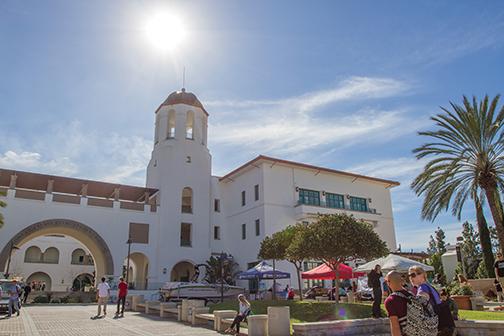 Starting Monday, a university-wide student vote, will determine whether San Diego State’s Associated Students will encourage the divestment of school funds from companies with stakes in the Israeli-Palestinian conflict.

Each student has the opportunity to vote online through the SDSU Web Portal until Thursday, April 9 at 7 p.m.

The referendum specifically calls for The Campanile Foundation, which manages all SDSU donations, to remove the financial assets currently invested in companies that contribute to the conflict in the Gaza Strip and West Bank.

If passed, the resolution would encourage The Campanile Foundation to enforce restrictions on where donated assets could be invested. The companies in question include Hewlett-Packard, Motorola and Lockheed Martin.

Some donations made to the university are pooled together and invested with the help of third-party consultants and managers, according to the foundation’s website. The investments are directed by the foundation through broad guidelines to ensure the portfolio remains profitable.

Activism centering around divestment is not a new practice. In the 1980s, many students in the University of California system called for divestment from companies operating in South Africa during the apartheid conflict. While this debate did not involve the same cultural and historic tensions, there are similarities in the methods of activism.

In February of this year, the University of California Student Association voted to encourage the University Board of Regents to divest from companies affecting the Israeli-Palestinian conflict.

Jonathan Graubart, director of the International Security and Conflict resolution program at SDSU, said the SDSU referendum would have no direct impact on foreign relations.

“It doesn’t really matter if SDSU votes for or against it,” he said. “There are a lot more factors at stake and a lot more causes driving U.S. foreign policy.”

Yet, Graubart believes the discussion of this issue and any foreign policy issue is important.

“When students take classes, the classes themselves don’t affect foreign policy,” he said. “However, I believe it’s forming these good citizenship skills.”

Read the statements in support and opposition of Divestment here.