Traffic collision on College and Alvarado 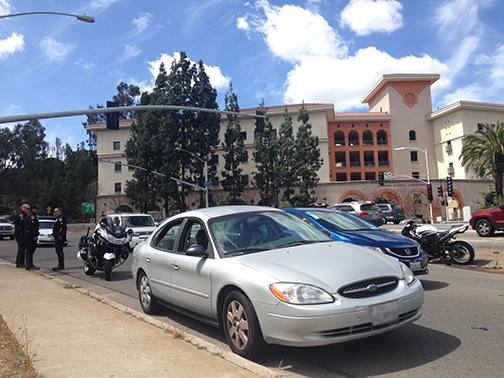 by Monica Linzmeier, Editor in Chief

At approximately 11 a.m. on Tuesday, April 7, a motorcyclist and a vehicle collided on the intersection of College Avenue and Alvarado Road.

Victor Herrera from the San Diego Police Department said the cyclist sustained “bumps and bruises” and was carried away on a stretcher to an unknown hospital.

“We believe he ran a red light and struck this vehicle who was making a right turn,” said Herrera.

Heather Green, a San Diego State alumnae, said she was making a right turn when the motorcycle hit her while trying to avoid the cops.

“He went flying like you don’t even know, just really flew,” Green said.  “It was pretty incredible.”

The age and name of the cyclist are unknown at this time. 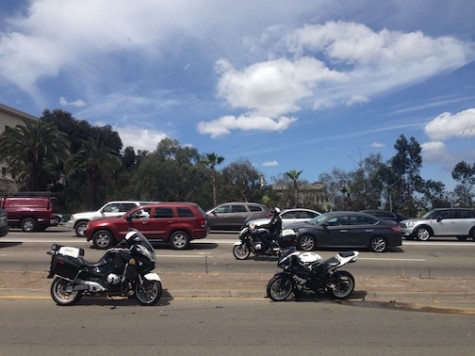