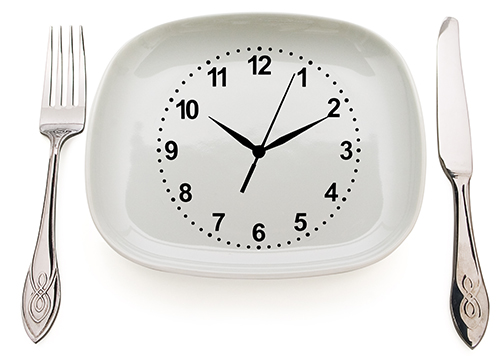 According to a new San Diego State study, the time someone eats may be as important as what he or she eats.

The new study, recently published by SDSU researchers and the Salk Institute for Biological Studies in the journal “Science,” found fruit flies whose eating times were restricted had healthy hearts for a longer period of time than fruit flies with unrestricted access to food.

Fruit flies on a restricted feeding schedule were allowed to eat for 12 hours during the daytime, while unrestricted fruit flies had access to food 24/7, Girish Melkani, one of the primary authors of the study and a biology research assistant professor at SDSU, said.

“The time of eating is as important as what you eat, because that maintains metabolic homeostasis, and this is responsible for maintaining health span, including a healthy heart,” he said.

“Just think about regulation, all that regular activity controlled by circadian rhythm,” Melkani said, referring to the 24-hour “body clock” humans experience. “If you don’t sleep one night, how do you feel the next morning? Disturbance of circadian rhythm changes your metabolism and physiological function.”

The study also aimed to find out the role of genetics in time-restricted eating.

By sequencing the RNA of a flies head, body and heart at various time points, the study also discovered three genetic pathways that changed as a result of time-restricted feeding, Melkani said.

“We tested mutant strains of the flies to confirm our finding, obtained with RNA sequencing,” Melkani said. “It is not completely known as this point how these three pathways work together, and we are exploring that.”

The study may lead to more findings about the implications of time-restricted eating in humans.

“Our finding is also important because a previous epidemiological study has shown that people who are eating late have a greater chance of developing heart diseases,” Melkani said.

“It would solve a lot of problems we have, like heart disease or obesity,” she said.

However, differences in environment and diet could possibly prevent time-restricted eating from having the same effect on humans.

“While there is excitement around the possibility of time-restricted feeding for humans, we need to be cautious, given that many health-improvement strategies that work in model organisms do not translate to humans,” Melkani said. “Carefully designed, thorough studies would be needed to address both the relevance of time-restricted feeding to humans and health benefits, if any.”