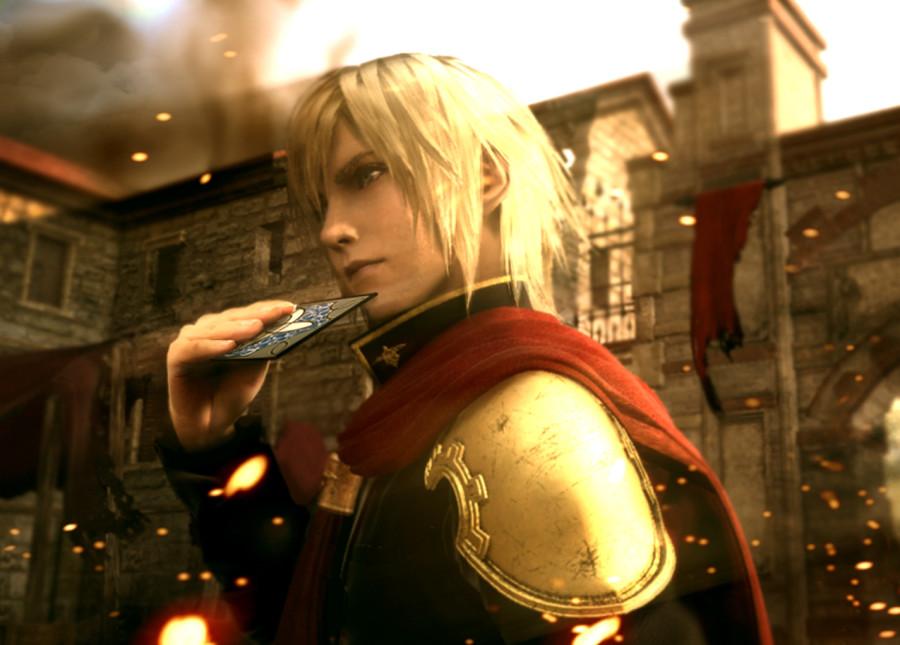 “Final Fantasy Type-0” was originally released at the end of the PSP’s lifespan in Japan only. Now that the high definition version has been released worldwide the question remains: Does “Type-0” live up to the hype? While it mixes up the formula of its many predecessors, the answer is a resounding no.

The game takes place on a continent ruled by four countries. All four have a magical crystal that allows each nation to exceed in a different area. They all lived in harmony until the Fire Nation,  I mean, the Millitesi Empire attacked, which judging by its name it should be no surprise. It specializes in technology and invades the Dominion of Rubrum, the country that excels in magic. The story revolves around the mysterious Class Zero apart of Rubrum’s magic academy.

The entire story is based on war, so needless to say it’s grittier than many other “Final Fantasy” games. It’s bloodier and cuts right to the chase with a soldier and his chocobo dying in the opening cut scene. This makes the overall experience a tad more nihilistic because the story missions involve secret operations and taking part in large conflicts.

With that said, as cool as the narrative’s overarching plot is, it’s held back by the absence of any interesting characters. As previously mentioned, it revolves around Class Zero, so no character is given the necessary exposure to really stand out and grow. This results in every character becoming nothing more than a two-dimensional stereotype. Perhaps Class Zero would have been more enjoyable, as well, if the voice acting wasn’t so cringe-worthy. They’re in a war, would it be too much to ask for the voice cast to convey emotion rather than boredom? 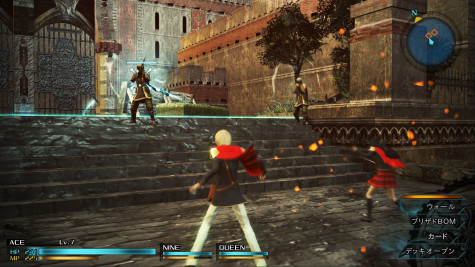 The ending is also pretty confusing. After some research, it turns out a second playthrough will shed some light on the game’s final outcome. While it’s commendable for Square Enix to focus on the replay-ability of their game, this is more like holding the story for ransom. You’ll only get the full experience after playing two 40-hour-minimum playthroughs.

“Type-0” truly does shines in its gameplay, however. Combat is quick and every character has a unique fighting style, which makes the grinding much less tedious. Jack moves at a snail’s pace but packs a punch, while Carter is quick on her feet with a chargeable magic pistol.

Action is in real time, and even bringing up the menu screen doesn’t pause the game, which sucks for using items, but makes looking at a map less annoying.

Every character has a standard attack, defensive attack and either two spells or abilities. Diversifying your party is essential to overcoming any battle situation. At least, it would if you could swap characters from your reserves mid battle without requiring members of your party to fall first. It reduces the amount of strategy, one of the major components of other Final Fantasy games, that could have gone into the game because one mismatched group or three will be incapacitated for the rest of the mission.

When you’re not killing monsters or soldiers, you’re killing time at the academy. Before every mission, the player is allotted a certain amount of “time” to do as they please. You can either spend two hours (realistically, it’s more like one minute) talking to a classmate or 12 hours doing a difficult mission. Since there are many ways to level up in “Type-0,” it never really felt like it mattered, and I often found myself skipping to start the mission.

As an HD re-release, you can’t expect “Type-0” to look spectacular, but this might be the only “Final Fantasy” game where the gameplay looks better than any of the cutscenes. Each interaction looks like a soap opera by constantly showing the person talking, and each character’s motions are similar to a Chuck E. Cheese’s animatronic.

The environments are also hit-or-miss. Sometimes they’re gorgeous like the mission fighting on a frozen cloud. Others include some of the most lifeless towns ever experienced in gaming.

Overall, “Final Fantasy Type-0 HD” is far from a perfect game. It’s got some major problems that hold it back from being great, but the combat is fun, which is a majority of the game. It’s difficult to recommend, but it might be worth renting depending what type of “Final Fantasy” fan you are.