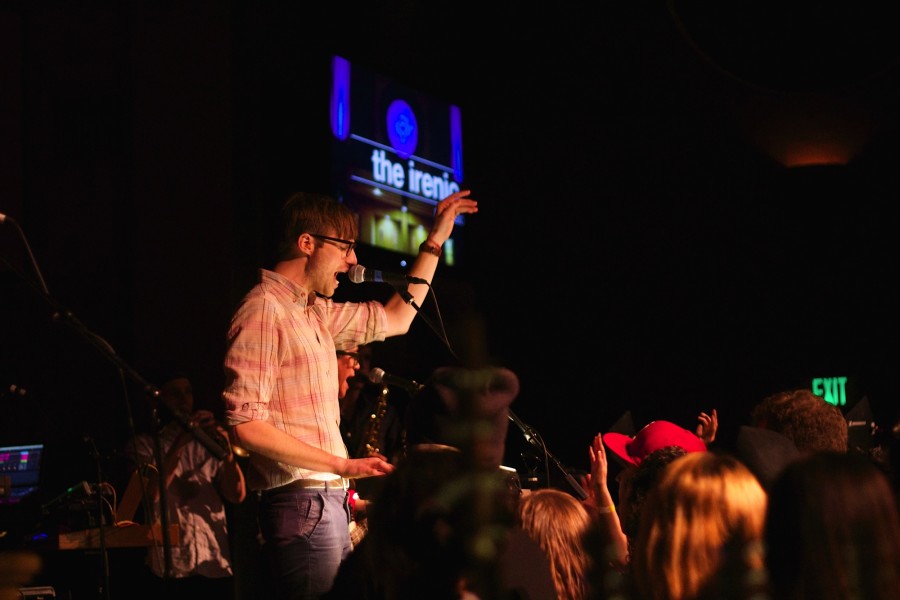 There’s no better feeling than having your expectations for a band exceeded. Last Wednesday, Saint Motel did just that.

Formed in 2009, Saint Motel is an indie pop band made up of the quirky lead singer, keyboardist and guitarist A/J Jackson, drummer Greg Erwin, lead guitarist Aaron Sharp, and its bassist Dak Lerdamornpong. At its show on April 15 the band was also accompanied by a horn section, which added an extra dose of fun to its lively concert.

For the past few weeks, San Diegans have heard their local radio stations playing Saint Motel’s new single “My Type” on repeat. The band’s pleasant and upbeat sound have allowed it to garner some much deserved attention, even landing it the number one spot on Billboard Magazine’s “Next Big Sound” for last week.

As of late, Saint Motel has definitely made a name for itself in the industry, and is a band to look out for. Not only did it make its late night television debut on Jimmy Kimmel Live last month, but it also was a featured band playing on the main stage at this year’s Coachella. It was a treat being able to see the busy band here in San Diego in the midst of all the Coachella madness.

The band’s sold out show at The Irenic with its electropop tour mate Lights was nothing but pure euphoria. The only disappointing factor was that Saint Motel was the opening band and didn’t have the long set that many in the crowd were yearning for.

Walking into the venue, it was as if a smiling childhood friend was greeting concertgoers when Jackson and the rest of Saint Motel’s interesting characters graced The Irenic’s signature church altar stage. The lead singer’s pleasant vibes and genuine personality were evident throughout the band’s set and only made its music that much more delightful.

It seemed as though many of the crowd members were at first taken aback by Saint Motel, as if they didn’t expect an opening band to pack such a punch. When the first couple of lesser-known songs were played it was clear that many of the concertgoers came to the show to see the headliner of the night rather than the fun loving Saint Motel. Although the band’s true fans were dancing the whole set, it wasn’t until the band played the contagious tune “Cold Cold Man” that the entire crowd began to join in on the excitement. Jackson’s heavenly voice echoed throughout the church and blew all spectators away.

Saint Motel kept it lighthearted and at one point even involved the crowd when Jackson jokingly complained about the venue’s lack of a light show for his band. The lead singer had the venue lower all of the lights, opting instead for concertgoers to light the band up with their cell phone flashlights. It made for some magical moments as the crowd built camaraderie with each other and the band whilst dancing to the band’s hit “My Type.”

Saint Motel ended its set with “Stories,” a song from its first full-length album “Voyeur” released in 2012. The band made the most of their brief set at The Irenic and didn’t fail to play the catchy hits that every fan was hoping to hear. The authentic and friendly vibe that the band presented throughout the night was validated when Jackson met with fans outside the venue to chat and take photos.