A snapshot of college living 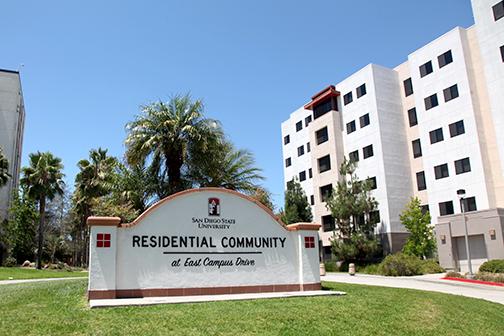 When entering college, Serena Garcia wanted to have the “typical” freshman experience by living in a dorm.

“Coming into my first year of college, I was a bit worried when I learned that I’d have to be sharing a cramped room with two other girls for a whole school year,” Garcia said. “Little did I know that I’d end up having an awesome time!”

The residential halls on campus with standard single-room dorms are Tenochca, Chapultepec, Maya, Olmeca and University Towers. Garcia currently shares a triple room in the residential hall Tenochca and loves it. She believes that the convenience of location and social atmosphere of living in a dorm is very beneficial for freshmen. Living in a triple room and being surrounded by many hall mates allow Garcia to create many friendships and memorable experiences.

“In my opinion, you won’t get the full effect of college unless you live on campus in the dorms your first year,” Garcia said.
Suite-style living
Logan Garrett
Nursing freshman
Hometown: San Jose, California

For freshmen who do not live in a standard dorm, the next option is suite-style living.  Logan Garrett currently lives in the Cuicacalli Residential Hall. Suites are similar to small apartments with the setup of separate bedrooms, a kitchen and a common living area.

“Suite-style living is awesome because it is more like an apartment than traditional dorms, so it has a living room and attached bathrooms making it easier to become comfortable,” Garrett said.

Eight students are assigned to a suite with each room having double or single occupancy. Garrett believes that in a suite, students automatically have eight close friends from the beginning of the school year, so relationships with those few people can grow to be very strong. In a typical dorm, it is common for students to have many acquaintances but not strong friendships.

Garrett enjoys the space and comfort suite-style living provides for him and his roommates.

“The suites are more comfortable to live in because you have your own personal space, but you can also relax in your own living room with your close friends,” Garrett said.

Garrett strongly recommends incoming freshmen to consider suite style living. If it were not for the Cuicacalli Suites, Garrett believes he would not have the close friendships he has now.
Sorority house
Elizabeth Burnett
Nutrition sophomore
Hometown: Orange County, California

For many girls in a sorority, the chapter house is a place where important meetings, fun get-togethers and family dinners occur. Some of these girls are fortunate enough to live in the chapter houses.

“The benefits of living in are that I am surrounded by all my best friends all the time, I get cooked meals, and I always have a group of girls around me with many similarities,” Burnett said.

The Gamma Phi Beta house is located conveniently close to campus and even has a personal chef to cook for the occupants. Living in the chapter house is a privilege many sorority members have to earn.

“I highly recommend other girls to live in their sorority houses because it is an opportunity to get closer and more involved with your sorority,” Burnett said.

Burnett loves living in the Gamma Phi Beta house, and she believes that living in the house has been one of the most fun experiences she has had at SDSU.
Learning community
Nathan Yick
Journalism freshman
Hometown: Alameda, California

“I think learning communities are beneficial in a way that you get to be exposed to resources that pertain to your major,” Yick said.

“Learning communities help your academic career but not as much where it would be worth sacrificing social diversity for,” Yick said.

Learning communities are great for students wanting to create friendships with others that have similar career interests. Yick has learned that when creating relationships during one’s freshman year, social living situations may be more beneficial than academic ones.
Resident Adviser
Nelly Quintanilla
Communications junior
Hometown: Los Angeles, California

The economic benefits of becoming a residential adviser are well known. However, Nelly Quintanilla became a RA for reasons other than the housing. Quintanilla has been a RA in Chapultepec Residence Hall for two years, and she will be a RA next year as well. During her freshman year, Quintanilla felt like her RA wasn’t there when she needed a person to talk to, so she decided to become a RA herself so she could impact her own residents in a positive way.

“I find it pleasing to know that if a student succeeds here at SDSU, I was there to help and guide them from the very first day,” Quintanilla said.

Yet when Quintanilla returns to her room after a long day, she views floor five of Chapultepec as her home and the residents as her family.

However, while being a RA is enjoyable, there are also many challenges.

“The most difficult thing about being a RA is the time management because it can be difficult balancing your responsibilities and your school work,” Quintanilla said.