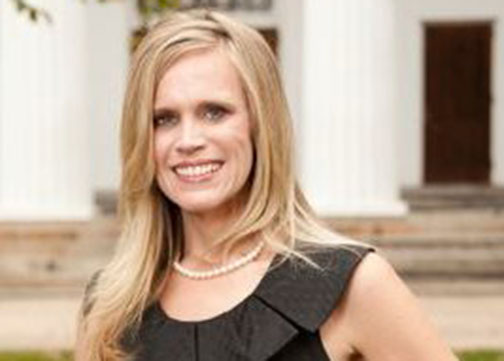 One of the newest faculty members to join the journalism and media studies department, Kaye Sweetser, Ph.D., teaches courses in principles of public relations, public relations media and messaging, and a special topics course in media and politics.

“It’s hard to choose a class I love the most,” Sweetser said. “Like children, they’re all special in their own way.”

Sweetser began her work at San Diego State after having previously worked in public affairs with the U.S. Navy.

She joined the Navy almost 20 years ago.

“I loved writing when I was in high school and my first year of college, but I didn’t know that you could make a career out of something that you really enjoyed doing,” Sweetser said. “I thought it would kill my love for those things.”

During her five years as an enlisted servicewoman on active duty, Sweetser attended night school and received a bachelor’s degree in communication.

“I feel like I can really relate with the SDSU students and their work ethic,” Sweetser said. “The students really appreciate the education that they’re getting.”

She previously taught a senior capstone class in which public relations students had an opportunity to bring together all the information and knowledge gathered over a four-year degree by working for a real client.

“It’s exciting to see what they do the first time, as well as how they grow in their confidence,” Sweetser said.

She has also taught a social media and digital analytic class in which students learn to use ever-changing technology as a tool.

Sweetser helped students with the critical processes involved so they could implement those skills in a real-life situation.

“I don’t spend too much time talking about one particular tool, because in six months it’s going to be a different tool, with a different way to look at it,” Sweetser said.

Sweetser also taught a graduate class in which students conducted real academic research projects. In fact, one of the research projects was presented at an academic conference and another paper was taken under  review at a peer review journal.

“Dr. Sweetser has been a breath of fresh air to the School of Journalism and Media Studies and the public relations emphasis,” public relations graduate Andrea Marabella said. “She truly cares about the success of her students and will always be remembered as my most influential professor during my experience at SDSU.”

Sweetser prefers one-on-one interaction with students and thoroughly understanding student interests as opposed to the mass communication aspect of lecturing.

She advises students to interact with their professors, as well.

“You can’t just sit in the classroom, even in the front, for three hours a week and think that it’s enough,” Sweetser said. “You want to connect with your professor, because then they will start to understand your interests and think about you when they get information about job offers.”