The Daily Aztec • May 1, 2015 • https://thedailyaztec.com/67074/entertainment/moxies-latest-production-is-not-your-average-teen-angst-play/

Moxie’s latest production is not your average teen angst play 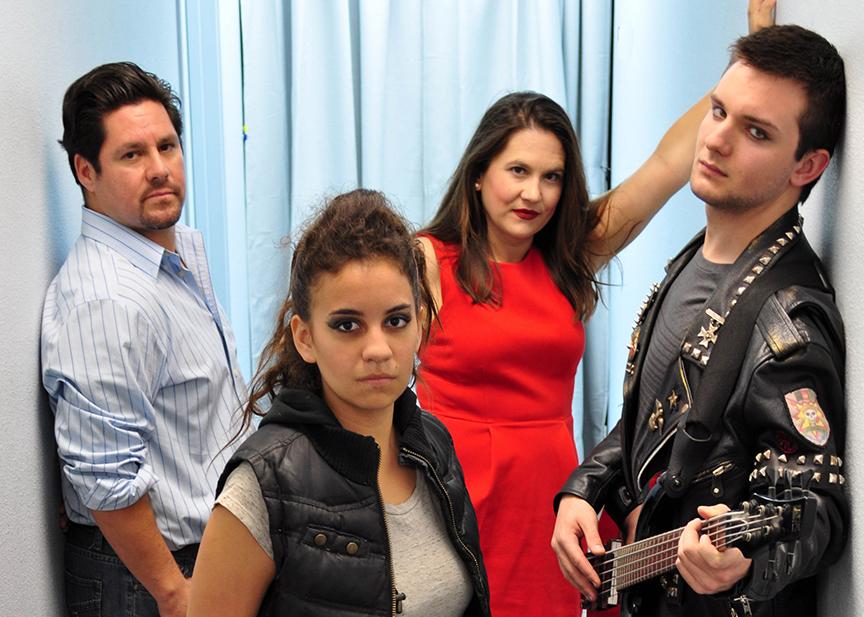 San Diego’s own Moxie Theatre hosted the world-premiere of the coming-of-age tale “Lesson 443” at its preview this past Thursday. Written by Colombian born playwright Tatiana Suarez-Pico, the play focused on a number of emotionally charged issues, ranging from immigration to single-parenthood. As soon as the lights dimmed in the theater there was no escaping the play’s captivating cast.

The Moxie’s audience had their eyes glued to the play’s sixteen-year-old star when she walked out on stage, sporting an intense glare and fiery red highlights in her hair. Daniela Millan, a junior at the San Diego School of Creative and Performing Arts, approached the stage in her first professional performance like a seasoned pro. The young actress brought the play’s main character, a Mexican-American girl named “Cari” to life seamlessly, embodying just the right amount of teen angst.

Centered on Cari’s struggle with her identity, the play shed light on the immigrant struggle to assimilate into an often-judgmental American society. Although born in America, the fourteen-year-old Cari was raised in Mexico to an overprotective single father. Immigrating back to the United States to a small town during her awkward teen years left the young girl pining to get rid of her thick Mexican accent in an effort to “fit in” at school and avoid bullying.

Similar to the play’s creator, Millan is a native of Colombia and was able to relate to her character; although she is admittedly much tamer and “not rebellious at all” like the young Cari.

“I’ve heard my mom struggle and my dad struggle with their accents,” Millan said. “I moved here when I was about 3 or 4 years old, but I still know that feeling because it took me sometime to speak English as well because all my family spoke Spanish.”

Millan also emphasized the importance of “Lesson 443” and its message of acceptance, especially here in San Diego, a border town.

“Not a lot of plays touch on it,” Millan said. “It’s helpful for people who don’t understand what it feels like to be from a different culture, and how it feels to not fit in and sound different.”

Although it was at times dramatic and had a clear, serious undertone weaved in throughout it; the play’s cast also was able to keep the play lighthearted. Cari’s love interest in the performance “R,” played by Anton Mabey, was an especially adorable character that charmed the audience with his dorkiness and wannabe-punk vibes.

Millan also talked about how she learned a lot from her cast mates, veteran actors Paul Araujo and Wendy Waddell.

“Whenever I had questions Wendy [Waddell] and Paul [Araujo] were always there,” Millan said. “I’ve never been in a professional show before and they were really supportive.”

Directed by the co-founder and associate artistic director for the Moxie, Jennifer Eve Thorn, “Lesson 443” is a play that teaches audiences to accept themselves through the story of young Cari Gonzales, a teenage girl struggling with her self-image as well as a myriad of secret family issues.

Although it first was brought to the Moxie stage last year with a different cast for readings, Eve worked diligently with the play’s creator who is based in New York to produce the final product of the play, which will premiere officially this weekend.

Just down the street from San Diego State, the Moxie Theatre is the place to go for unique entertainment. “Lesson 443” will have its opening night at 8p.m. this Saturday, May 2nd and will be showing until May 24th.