Guide to getting involved at SDSU 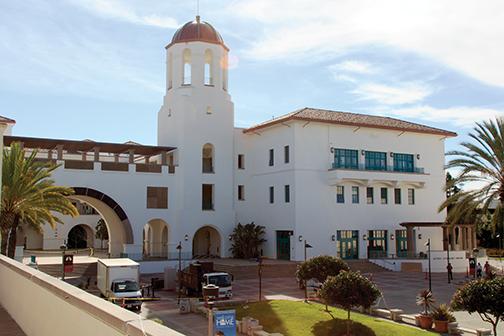 With a campus of over 33,000 students, it is easy to feel lost among the crowd. But with more than 300 extracurricular organizations, SDSU is the perfect place for students to find their passions.

“It’s important to get involved because SDSU is such a large campus, and there are thousands of students here, so it’s easy to become overwhelmed,” A.S. Executive Vice President Leo Carrillo III said. “But if you can find your niche through joining an organization, board or committee, you will feel so much more at home on campus.”

Carillo said campus involvement leads to meaningful relationships between classmates and professors, while enabling students to make a difference.

Most involved Aztecs will agree that engaging in extracurricular activities outside of the classroom has many benefits. Erika Zemke is a senior studying qualitative economics. She’s also president of the SDSU College Panhellenic Association, which encompasses eight internationally recognized sorority chapters.

“Getting to go to class and seeing a familiar face helps with the comfortability factor,” she said. “It makes things easier to have a common ground.”

Not only will engaging with organizations create fond memories on campus, it will also serve you after graduation. Megan Goodman, SDSU senior and chair of Green Love, a sustainability organization said getting involved leads to the development of many key skills such as running meetings, networking and learning to work together with all types of people.

“Joining an organization will contribute to your personal and professional growth,” Carrillo said. “Along the way you will have networking opportunities to meet industry professionals and also discover new perspectives, and you’ll gain a sense of Aztec Pride.”

SDSU has an organization for almost every interest. But some students choose to start their own. One example is Aztec Music Group, which was created last semester to connect students who are interested in the music industry.

“We wanted to create a culture of people who love music and were interested in professional opportunities,” Aztec Music Group President and marketing junior Cooper Abrams said. “We didn’t think we had something like that before.”

However not all students seek organizations so fervently. Most student leaders pointed out that there is a lack of student involvement on campus.

“Personally, I don’t think enough students are involved,” Zemke said. A large amount of student involvement comes from the Greek community. Zemke said she urges friends who run clubs and organizations to think of new ways to promote their groups and expand membership.

A number of factors can dissuade students from joining organizations, but Carillo encouraged that it is never too late to step out of your comfort zone. For him, it was worth it.

“I wish I would have gotten involved sooner to be honest,” he said. “I didn’t get involved until my second year of college because I was too afraid to try something new and make new friends. Once I got involved, I became very passionate about learning from diverse experiences through joining other organizations at SDSU.”

Reflecting on his own experiences, Carillo noted that student organizations are larger than the sum of their parts.

“It’s not just about going to meetings,” Carillo said. “It’s about trying new things, meeting new people, being open to new experiences and allowing yourself to grow and change and become the best version of yourself. Every student deserves that, and I hope that more students take advantage of these opportunities here at SDSU.”