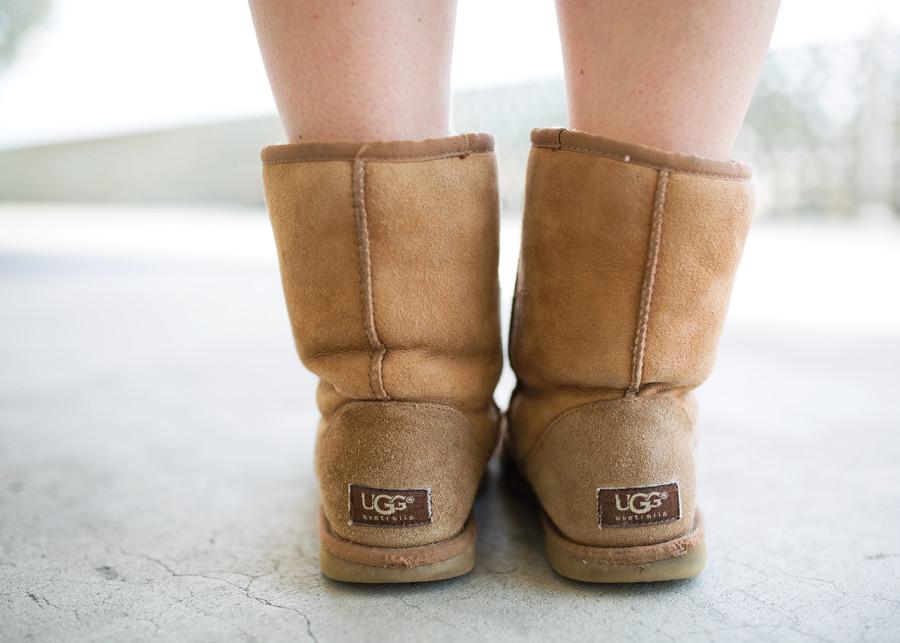 The first Entrepreneur Society meeting, featuring the founder of UGG boots, attracted such a big crowd it caused a fire hazard.

“Associated Students actually had to come down and talk to us and say we had too many people in the room,” said Bryce Hamlin, president of the Entrepreneur Society. “I could not have been more stoked that we got the fire code called on us.”

SDSU alumnus Joe Haugh said he joined the society in 2012 when there were about nine members.

“Every year this organization grows insanely fast compared to anything else I have ever seen,” Haugh said.

Rommel Cabal, a graduate student majoring in electrical engineering, joined the Entrepreneur Society four years ago. He said it’s the people he meets at the events that keep him coming back.

Before Smith told his story, Director of the Lavin Entrepreneur Center Bernie Schroeder shared some words of wisdom with the young innovators.

“You should try to fail as much as possible, as quickly as possible,” Schroeder said. “Because in your pursuit of trying something, you might actually ignite something and that could be an amazing company.”

Smith’s path to success was unique because it essentially started from sheepskin boots, a love of surfing and the lyrics to “Time” by Pink Floyd.

Smith said he was a 28-year-old accountant living in Australia when a verse from “Time” inspired him to pick up everything he owned and move to California. While in California, he saw an opportunity to bring the sheepskin boots, which were known in Australia as “ugh boots,” to the U.S. and sell them to surfers.

Smith and his business partner, Doug Jensen, borrowed $500 to buy samples and sell them to surf shops along the California coast. No surf shop or shoe store wanted to buy the boots at first, and they only sold 28 pairs the first year.

“You’re always going to think like you’re failing, but you’re never failing until you give up,” Smith said.

Once Smith started a surf team to promote his product, sales started to take off. However, it wasn’t all smooth sailing even after his product began to sell. Smith faced a trademark lawsuit, almost losing ownership of the company and the death of one of his business partners, all while building an internationally-known billion-dollar company.

Eventually, Smith said he decided to sell the company to Deckers Outdoor Corporation because he was great at starting businesses, but not running them.

At the end of his speech, Smith provided one last piece of advice for students.

“I hated accounting for 10 years,” Smith said. “Don’t go into something you hate just because you have to pay the bills.”

On top of all the lessons Smith taught, Hamlin said he hoped the event energized students and left their minds running with ideas.

Hamlin also said every great thing he has achieved in his career came from joining the Entrepreneur Society at SDSU.

Students can get involved with the Society by going to their website at entrepreneur.sdsu.edu and filling out the membership form.