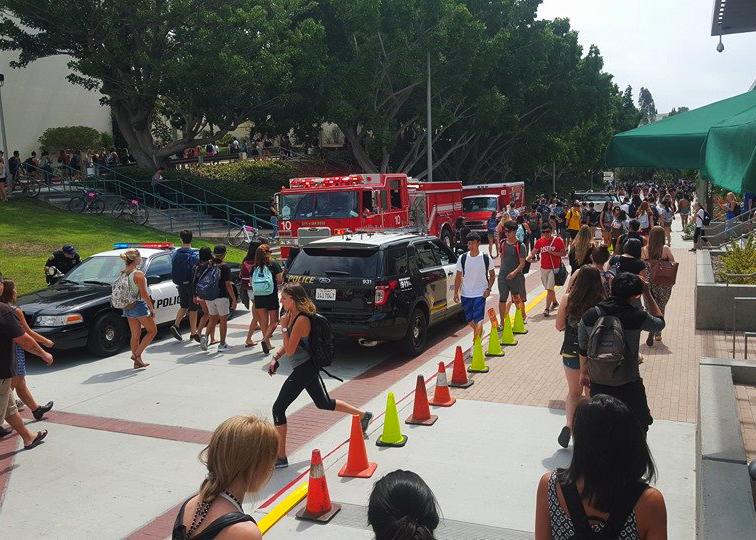 An ambulance arrived at the scene and transported the 18-year-old female to Kaiser Hospital.

Officers responded to a hit-and-run collision in parking structure four on Wednesday, Sept. 2 around 3 p.m.

“When officers  arrived to the scene they saw that a car had been hit by another vehicle which left the area,” San Diego State police Cpl. Mark Peterson said.

A report was taken about this incident.

“The reporting party believed the subjects may have been casing vehicles,” Peterson said.

When officers arrived they were not able to match any description of the suspicious people.

That same week, on Friday, the police responded to another hit-and-run accident at  Albert’s College, according to a media bulletin.

The vehicle was parked when it got hit.

“The vehicle owner was unavailable for contact at the time, so the call was closed pending a call back from the victim,” Peterson said.

There was drug activity at Oggi’s Pizza Express on Saturday, Sept. 5.

A police bulletin said three subjects were sitting on chairs smoking what appeared to be marijuana.

Officers responded to this but did not find the people smoking, according to Peterson.

SDSU is a smoke-free campus. That includes tobacco and marijuana.

Officers responded to a report of three people jumping the fence into the South Campus Plaza construction site on just after midnight on Sunday, Sept. 6.

When police arrived at the scene they were unable to locate the three subjects.

“Trespassing in construction sites is not only illegal, it is potentially dangerous,” Peterson said.