The Garden grows with new album 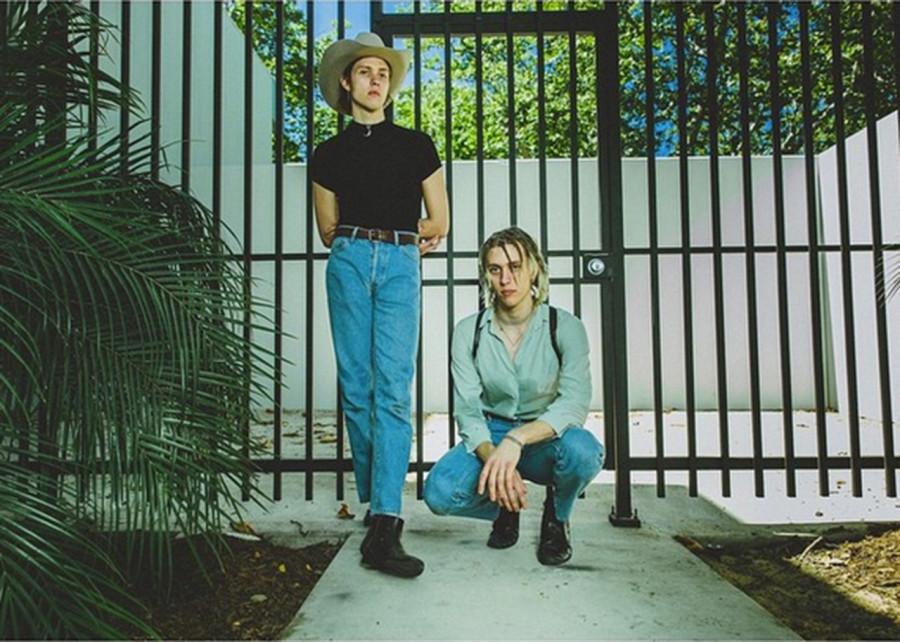 It’s not every day one encounters a punk band whose members are high-fashion models — and twins. Wyatt and Fletcher Shears have been playing music together since they were elementary school kids, and now they walk runways for Yves Saint Laurent. The two soon embark on a worldwide tour with their band, The Garden. The band recently played an all-ages show in San Diego on Sept. 12 at The Irenic with Toothpick, The Soaks, and The Aquadolls.

Originally from Orange County, The Garden formed in 2011 with Fletcher on drums and Wyatt on vocals and bass. The two were frequently involved in side projects, but they wanted to focus their energy on creating a serious musical group.

Wyatt Shears said being in a band with his brother is something easy in their case, but he also recognizes how a band of brothers could go awry due to musical differences. He imagines that he and Fletcher will be playing music together even when they’re old.

While playing a show in Los Angeles in 2013, they were approached by a scout to see if they were interested in modeling for Yves Saint Laurent’s Men’s Fall/Winter 2013 collection. After they accepted, the twins became an overnight sensation for their music, style and repertoire as high fashion punks.

“They are wacky twin punk; they work hard and do it in style,” The Aquadolls’ Melissa Brooks said.

On stage, the Shear twins have a wild, adrenaline-filled dynamic. Don’t let their nonchalant look deter from their punk attitudes on stage. The use of solely bass and drums makes for a belligerent combination, proving they’re more than just pretty boys.

The band can be classified as conceptual punk. However, the group has branded itself as its self-created genre called “Vada Vada.”

The twins describe Vada Vada as a concept not confined to labels but simply an act of raw expression.  They can be seen in the video for their new song, “All Smiles Over Here :),” driving through the night, proudly waving a flag that reads “Vada Vada” in spray paint.

The Garden’s latest album “Haha” is set for release on Oct. 9 through Epitaph. The album is a symbol of progression for the twins as they mature musically from silly punks to high-flying musicians. Shears said the new album promotes confidence in moving forward, in life and in music.

This concept of growth and boldness carries itself through the new album with lyrics like, “Take control of your life, stand up straight, and shake a hand.”

Their latest works creates a different atmosphere for listeners from previous albums.

While the other albums were simplistic and rudimentary, the twins write with a more intricate lyrical focus for “Haha.”  Shears said it promises the same Garden flair with more of a forward-thinking message.

“It feels a little more complicated because I write so (simply) and so (minimally) and so it’s something I’m a lot more proud of than other albums in the past,” Shears said.

The Garden is an unusual band in a sea of garage rock and lo-fi, but its odd ball antics and perpetually cool attitude make it an act not to miss.