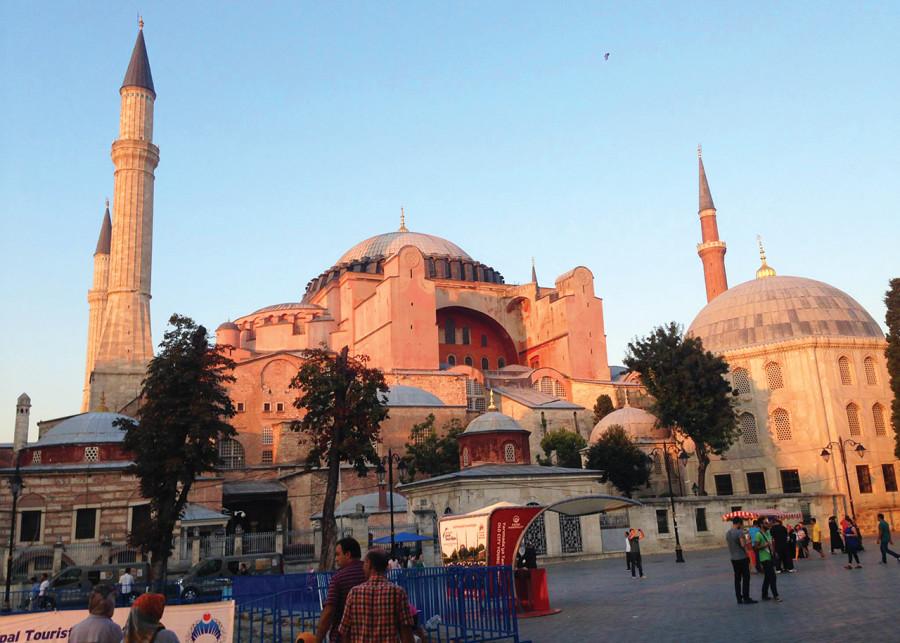 Editor’s Note: This story introduces a series of reports from our correspondent studying in Istanbul, Turkey, an eclectic city on the border of the world’s most embattled region.

Protests took place across the city of Istanbul, Turkey last week in response to the recent killing of 30 Turkish security force members.

One demonstration occurred in a neighborhood adjacent to dormitories where San Diego State exchange students live.

Juan Cruz, an SDSU student studying communication at Bahçesehir University (BAU), said there are notable divisions in the city.

“As soon as you get here, you can see the social classes and how different they are,” Cruz said. “Especially in Taksim, you see refugee kids asking for money, and then right next to them you see people shopping in very fancy stores.”

The divisions are exacerbated by clashes between the Turkish nationalists, the pro-Kurdish Peoples’ Democratic Party (HDP) and the outlawed Kurdistan Workers’ Party (PKK).

The PKK is a Kurdish militant organization separate from the HDP, a political party that purports it encourages peaceful relations between Turkish and Kurdish people. However, some accuse the HDP of being largely pro-Kurdish and maintaining links with the PKK.

Carol Miotto, an SDSU student studying interior design at BAU, said the city is not entirely consumed by the conflict.

“Overall, Istanbul has felt very safe even though other parts of the country are beginning to engage in war,” Miotto said. “War is everywhere, terrorism is everywhere. It could happen in the states, it has happened in the states. I would just tell people that Istanbul is a great city, very good people living here, very warm and friendly and welcoming. Don’t be afraid.”

SDSU senior Grace Diaz, who’s studying communication at BAU, agrees and said that one of her favorite experiences has been visiting a Turkish friend’s family in Tekirdag, a small coastal town near Istanbul.

The city brings together a clash of Eastern and Western culture, where modern contemporary ideas blossom in one of the world’s oldest civilizations.

Buses and taxis honk at one another ceaselessly, women in hijabs weave around young men selling the now-ubiquitous selfie sticks, street painters focus on mixing the right shades of color for the Bosphorous Strait and visitors are stunned into silence as they step into the Blue Mosque for the first time.

“I think the blend between the traditional and the modern is so interesting. I’ve never seen anything like it,” Diaz said, “You’ll hear the call to prayer happening and people praying in the streets, while other people continue shopping and just going around them.”

Miotto said it was the city’s aesthetic that inspired her to study there.

“Istanbul has a lot to offer in terms of different designs, like all the colors and tiles and the symmetry of the buildings,” Miotto said. “I thought I would get more out of this place because it is just so different than all the other places I’ve ever visited.”

As common as the phrase “city of contrasts” may be to describe this metropolitan, Istanbul fits the description.