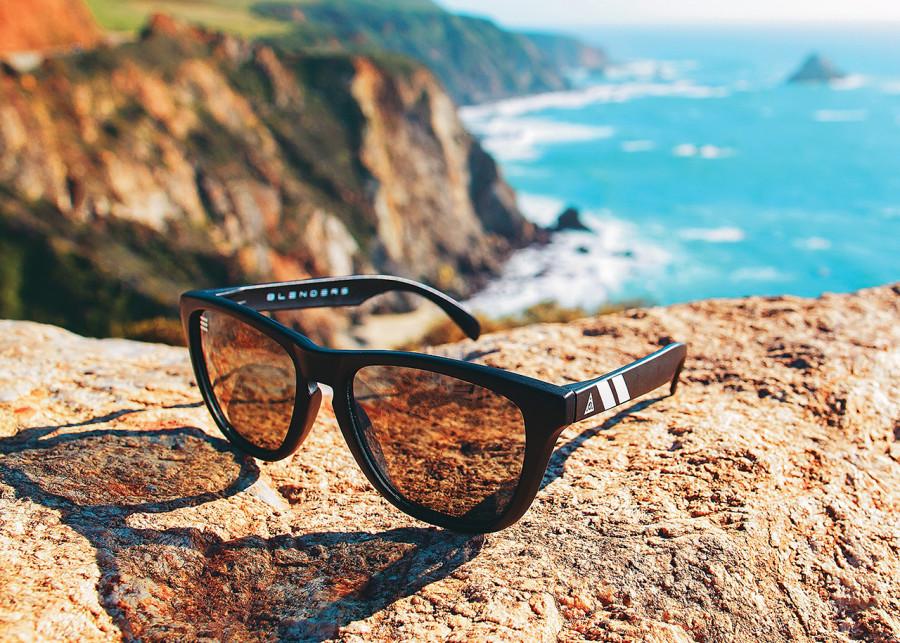 The pair was flown out to Texas for a week to sell their idea to a group of investors, including Matthew McConaughey’s brother Mike “Rooster” McConaughey.

Fisher said he and Jensen were up against challenging circumstances. It was their first time pitching to investors, but they were trying to capitalize on the opportunity.

After a week of activities, including a goat-roping event, he and Jensen decided against sealing a deal with the West Texas Investor’s Club.

“Their vision for the company and where they wanted to take the company was a lot different than what we had in mind,” Fisher said.

Although the company is now making a TV debut, it began with a pair of $5 sunglasses from Target.

Fisher said he wore the sunglasses to a downtown nightclub called Fluxx one night and received a lot of attention for his cheap neon eyewear.

After that, he started noticing the sunglasses of people around him and found they were either expensive designer-brand sunglasses or cheap beach knock-offs.

“I saw a little need in the market to bridge a gap and bring a cool style of sunglasses that’s representative of our lifestyle in San Diego,” Fisher said.

His goal with Blenders was to provide quality sunglasses that are comfortable and affordable. The sunglasses Blenders offers range in price from $15 to $45.

Fisher said he used many resources at SDSU to help the company get off the ground.

“(SDSU) gave me the connections and the inspiration to build this,” Fisher said.

He sold sunglasses out of his backpack after he finished teaching surf lessons.

Although he wasn’t part of the Entrepreneur Society at SDSU, Fisher said he was surrounded by entrepreneurs who served as his mentors.

Fisher said he thinks the entrepreneur program at SDSU is a valuable asset to students.

“The drive to think outside the box and create something on your own terms is embedded in San Diego State culture now,” he said. “And I think it’s only going to get bigger.”

Blenders Eyewear has a number of upcoming business ventures. Fisher and Jensen want to partner with music festivals, work with the NBA and start selling prescription sunglasses in 2016.

The company has also created a student brand ambassador program where students can refer their friends to Blenders and make money on commission.