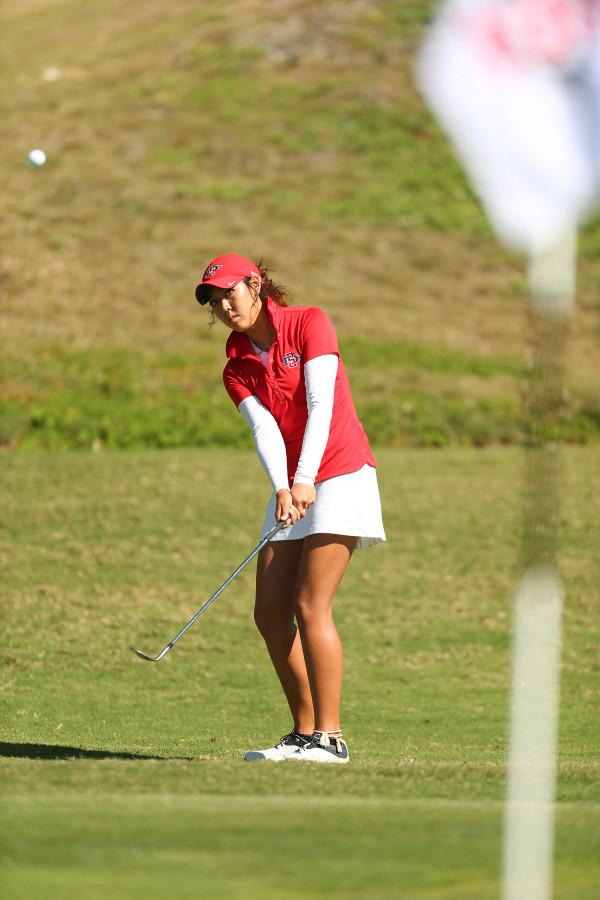 South Jordan, Utah, probably isn’t the first place that comes to mind when thinking about golf.

But for San Diego State women’s golf junior Sirene Blair, golf in Utah is where her journey began.

“Golf in Utah, especially when I was getting into high school, was not that big for women,” Blair said. “When I started at my high school team, they only had a women’s or girl’s high school golf program for about five years before they had to play with the boys. It was not very developed at all.”

Despite golf’s lack of popularity, Blair’s father guided her towards the game.

“My dad was the one who go me into golf. He was addicted to the game and then he eventually decided to teach me,” Blair said.

As well as her father’s guidance, Blair learned the game from watching professional golfers.

“I really looked up to Annika Sörenstam a lot. She was the main golfer who I really liked. I also saw a little bit of Se-ri Pak and knew about her when she hit her prime,” Blair said.

Coming out of high school, Blair was recruited by Brigham Young University and the Indiana University along with SDSU. But Blair liked SDSU above all.

“California turns out a lot of good golfers. It has the weather, teaching professionals, and equipment-wise there is so many stations and people set up here,” Blair said. “I always wanted to go out of state for college as well, and I wanted to go somewhere in California. As soon as San Diego State showed interest, I was really on board. It was the best feeling.”

Besides physically playing golf, Blair’s enjoyment of the game includes taking in the sights and enjoying what the outdoors has to offer.

“Golf gives you the best of both worlds for that,” Blair said.

Making sacrifices is normal for student-athletes, and Blair experiences these sacrifices on a daily basis.

When Blair has free time off the course, she likes to take up hobbies that are relaxing and allow her some time to rest, such as drawing, painting or playing video games.

In preparation for matches and tournaments, Blair said golfers have to play a lot.

“The thing about golf is that you can’t cram it in like an exam,” Blair said. “Every day you have to make sure that you’re doing a little bit, you’re improving a little bit or you’re working on your weakness.”

Blair has had a notable career at SDSU so far, and has many memorable moments dating back to her freshman year when she won her first event.

“It didn’t even sink in at first,” she said. “As soon as that last putt dropped, my teammates ran onto the green and picked me up and spun me around. It was the craziest feeling.”

As far this upcoming season is concerned, Blair just wants to win.

“Hopefully I can see everything (about my game) come together and that will be really rewarding,” she said.