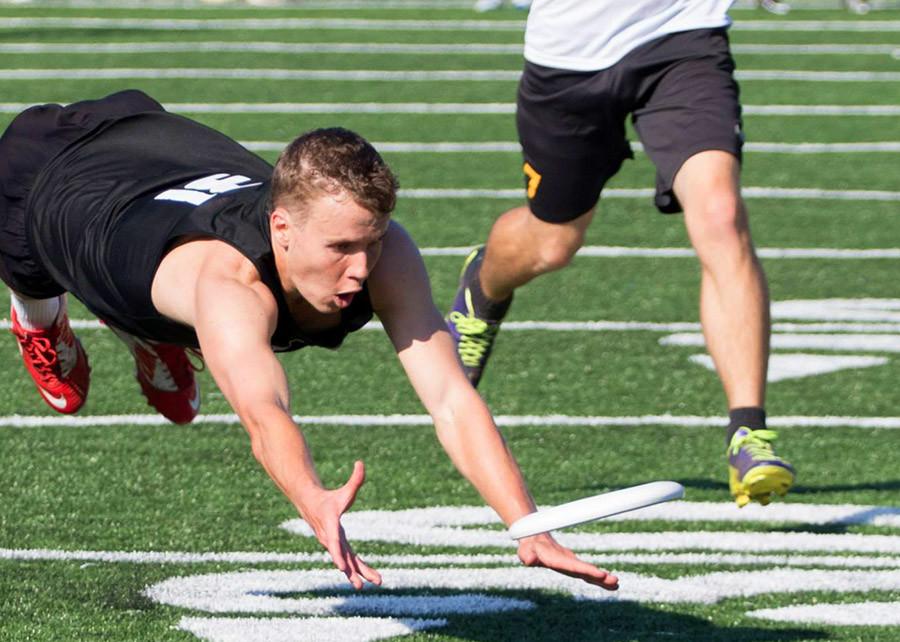 The San Diego State men’s ultimate Frisbee club, known as The Federalis, is great for those looking to keep their competitive edge while learning something new. Ultimate Frisbee is a game that combines all athletic attributes and combines them into one sport.

Ultimate Frisbee is a game that combines a little something from almost all realms of athletics and combines them into one sport.

“Ninety to 95 percent of people who play sports in high school, they don’t have that opportunity in college,” senior Erik McCoy said. “And even if you are in college you might not necessarily have the opportunity to make the club team and stay competitive. So, Frisbee kind of offers something else, kind of levels out the playing field for a lot of people.”

Men’s ultimate has enjoyed a load of success, including winning three out of the last five SoCal Sectional Championships and being ranked as high as 10th nationally.

The team is currently in the offseason as the season begins in January and lasts all the way through May.

The regular season consists of a handful of tournaments located mainly in California, but the club has traveled out of town to tournaments all across the country, including Boston, Las Vegas, North Carolina and Missouri.

While the team’s hard work and dedication has led to its recent success, The Federalis’ main goal is brotherhood.

“It’s all about hanging out with the best friends you’ll meet in college,” senior Michael Tran said.

Both McCoy and Tran played sports in high school, and when they arrived at SDSU they were looking for something they could play competitively.

That’s when they both found the Men’s Ultimate Frisbee Club.

Neither of them had even played ultimate Frisbee before, but both soon came to love the game and the team.

“It gave us the opportunity to make close friends from an early point in college and compete in a high-intensity sport that combines elements of football and our love of throwing the Frisbee,” McCoy said.

Ultimate Frisbee is played seven-against-seven with two end zones that are 25 yards deep.

The objective, like football, is to move the frisbee down the field and try to score in the end zone.

The team selects 28 people in January and puts them on either the A or B team.

The A team is the one that travels to tournaments, while the B team prepares the A team and fills in if someone gets injured or can’t make it to the tournament.

Dues are $200 and needed to pay for jerseys, tournaments and hotels. While $200 may seem expensive, it’s one of the cheapest options of club sports at SDSU.

“The amount of time you spend with these guys, and the things that you go through, whether it’s conditioning on the field or eight hour drives you get to know everybody so well,” McCoy said.

The team practices at 7:30 p.m. Tuesdays and Thursdays on the turf fields behind the Fowler Athletics Center.