Riding the wave to success 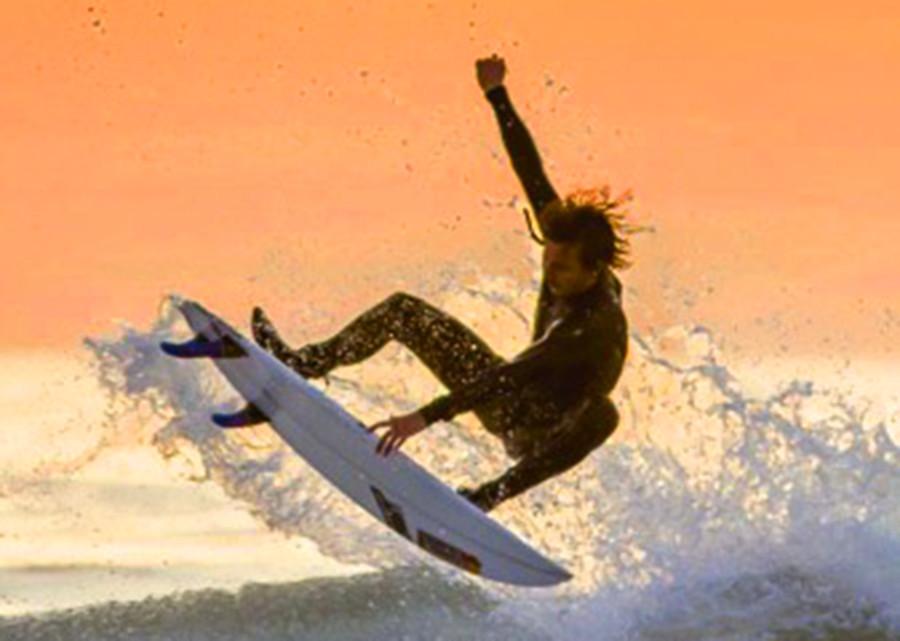 San Diego State’s Surf Club is a nationally ranked surf team that competes throughout the year in male and female short-board and longboard competitions, but it has one standout member that does more than just surf.

Thomas Wehsener is a senior double major in business marketing and international business from Encinitas who’s been surfing since he was 5.

“My dad taught me how to surf,  but my mom and two older sisters surf, as well,” Wehsener said. “It’s a family ordeal.”

Wehsener hopes to be in the action sport business one day, specifically surfing, but for now he is focussed on his business degree. He is moving to France next semester to get his international business degree from the Kedge Business School through SDSU’s dual-degree program.

“I wanted to diversify myself so I would be able to travel and surf around the world while going to school and making business connections for the future,” Wehsener said.

To Wehsener, part of the reason he loves surfing so much is because it acts as an escape from his rigorous studies.

“Being in a community that has so much stuff in common is awesome, and part of the reason I love to surf,” he said. “I really enjoy the commodity aspect of surfing and having a good time.”

When it came time to decide what university to attend, Wehsener had a difficult decision to make: Did he want to pursue a professional surfing career or did he want to get a degree?

After much consideration, Wehsener ended up picking college and decided to attend SDSU because of how close to home it was for him. Once he began his freshman year he knew he wanted to join associations on campus, but struggled to find the right fit until his older friends told him about the Surf Club.

The Surf Club attracted him because he had similar interest with the club members and it was something he was passionate about.

He has now been a member of the Surf Club for four years and is one of the standout surfers of the club, winning several titles. He placed second overall in the National Scholastic Surfing Association Men’s Shortboard division. His best single event results were first at the Seaside Event and second at the Blacks Event.

“He’s very passionate about surfing,” senior marketing major Morgan Robotta said. “I think it is always on his mind, he is always thinking about the waves or analyzing his surfing.”

Currently, Wehsener handles the public relations aspects of the club, as well as talking to sponsors and rounding up gear for the raffles. Getting in touch with sponsors and competing since he was in high school has established several connections in the surf industry for him.

He uses these connections and opportunities as a stepping stone that can help get his footprint in the surf industry.

The Surf Club is open to surfers of all levels, and can help beginners learn to surf. They compete six or seven times a year throughout California with their A and B teams. For more information on the Surf Club visit their Facebook or Instagram page.