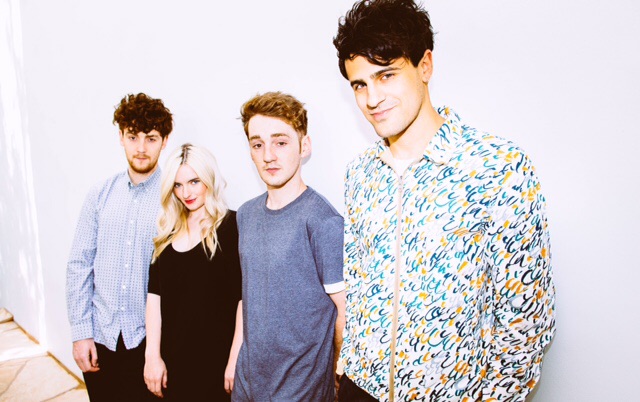 Known for blending electronic and classical music, Clean Bandit is not quite pop and not quite electronic dance music, and it isn’t classical or hip-hop either, but it definitely has hints of all four. The band is refreshingly experimental, with an eclectic assortment of colorfully contagious songs on their 2014 album, “New Eyes,” including the well-known single “Rather Be.”

For the Aztecs who would “rather be” grooving out to their live show than reading this as they wait for class to start, it’s worth noting that the group will open for Duran Duran at San Diego State’s Cal Credit Union Open Air Theater on Sunday, Sept. 27 for the base price of $50.

“My favorite music to see at shows is bouncy house music with weird sounds and good vocals,“ Wightman said. “And that’s what Clean Bandit has.”

The band’s cello player, Grace Chatto, said their genre of music could be described as “electronic chamber music,” although she also said she and the three other members (Luke Patterson, Jack Patterson and Neil Milan Amin-Smith) enjoy the freedom to explore many styles of music.

Whatever the genre, Clean Bandit is heading toward monumental success. The band has toured around the world to play festivals, such as Coachella and Glastonbury. Chatto said it is somewhat surreal to open for a legendary band like Duran Duran, considering she listened to them as a 9-year-old.

Clean Bandit’s most famous single “Rather Be” topped the charts in the United Kingdom and peaked at No. 10 in the U.S., where they won a 2015 Grammy award for Best Dance Recording.

With over 325 million views on YouTube, the “Rather Be” music video had a pivotal role in the band’s success. The video was shot in Tokyo and was directed by Clean Bandit bassist and saxophone player Jack Patterson, a task that Chatto said Patterson undertakes for every music video they release.

“Tokyo is one of my favorite cities in the world; it’s kind of nostalgic,” she said.

The birthplace of their viral video reminds Chatto of their quick-to-rise fame and represents hope for a band that was quite unrecognizable to the general population just a few years ago.

But things have changed for the group since releasing its first single “A&E” in 2012, which featured vocalists Kandaka Moore and Nikki Cislyn.

Clean Bandit can be thought of as serial singer swappers because, in fact, all of their songs feature a different vocalist. This is because there is no singer in the band at all. The members prefer to have different featured singers to develop a unique tone for each song.

Jess Glyne of “Rather Be” and “Stronger” is hearty and soulful, while Minneapolis-based hip hop artist Lizzo of “New Eyes” is more spunky and spirited. Soon, Chatto said they will release new music with Japanese disc jockey Taishi. The band eventually hopes to work with well-known vocalists, such as James Blake or Miley Cyrus.

It sounds as though Clean Bandit sarcastically accepted a challenge, and then completely overruled and dominated it with the energetic and imaginative vibe that the entire album “New Eyes” radiates.