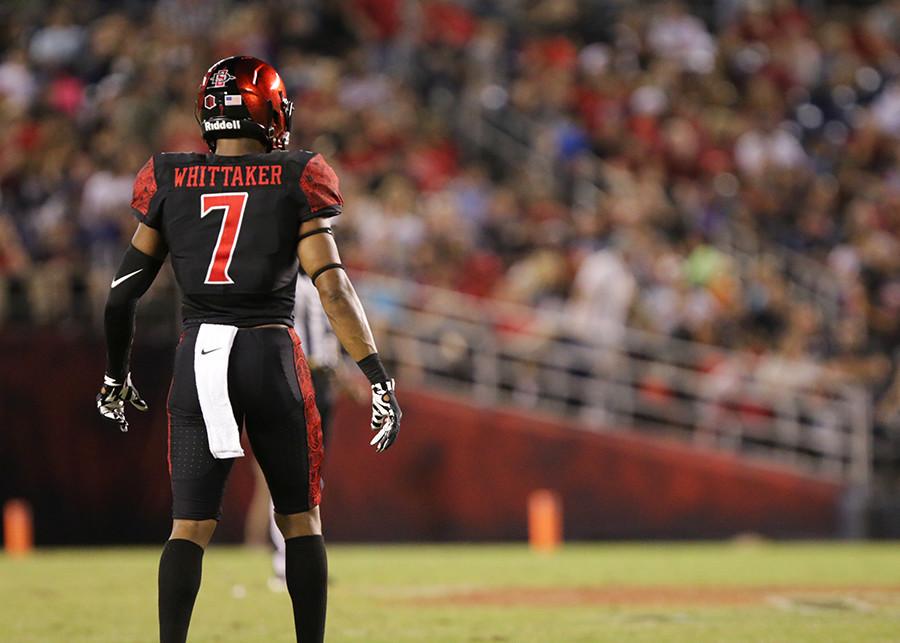 There is a trend starting to form for the San Diego State football team that has become more pronounced with each outing and, unfortunately for the Aztecs, it played a key role in Saturday’s 37-21 loss to the Penn State Nittany Lions.

Three turnovers ultimately doomed the Aztecs, who put up a valiant effort early in the game, as Penn State turned every SDSU turnover into seven points.

However, it was the final turnover that put the proverbial nail in the coffin for SDSU.

Early in the fourth quarter, while driving down the field and down 27-21, graduate-transfer quarterback Maxwell Smith was sacked and lost the ball before he began his forward motion, which turned into 71-yard fumble recovery touchdown by senior defensive end Austin Johnson.

The Aztecs would not threaten Penn State again.

The day was marred by a lackluster SDSU offense, which once again showed the inability to generate any consistency. Smith had a mostly down day as he ended 10-of-29 for 141 yards and one touchdown.

To Smith’s credit, he found himself running for his life on most plays as the offensive line struggled to keep their signal caller upright. Penn State recorded seven sacks.

The day’s miscues began, surprisingly, with the unit that has been the lone bright spot for this team when junior wide receiver Lloyd Mills muffed a punt that placed Penn State deep in Aztec territory. This came with SDSU up 14-13 and only a few minutes left before halftime.

Junior quarterback Christian Hackenberg, who proved why he began the season on the Heisman watch list, found redshirt-freshman Mark Allen for an 11-yard touchdown minutes later.

Hackenberg, who finished 21-of-35 for 296 yards and three touchdowns, soon had another crack at the end zone, when junior running back Donnel Pumphrey fumbled on the Aztecs’ first play after Penn State’s kickoff. This time it was sophomore wide receiver Chris Godwin bullying his way into the end zone and placing the Nittany Lions up 27-14.

In less than a minute the Aztecs saw their one-point lead vanish and turn into a daunting 13-point deficit heading into the half.

Just as in last week’s loss, turnovers were at the heart of SDSU’s downfall, in spite of a great defensive and special team efforts.

True freshman running back Saquon Barkley was a major point of emphasis for the Aztecs’ running defense, but they did not take into account his ability in the passing game. With his first catch of his career, Barkley turned a two-yard reception into a 22-yard touchdown catch, after breaking five tackles for the first score of the game in the first quarter.

The Aztecs’ special teams, which has played true to their namesake all season, wouldn’t allow the 90,000-plus fans in “Happy Valley” cheer for too long, as sophomore running back Rashaad Penny took the ensuing kickoff 100 yards to tie the game at 7-7.