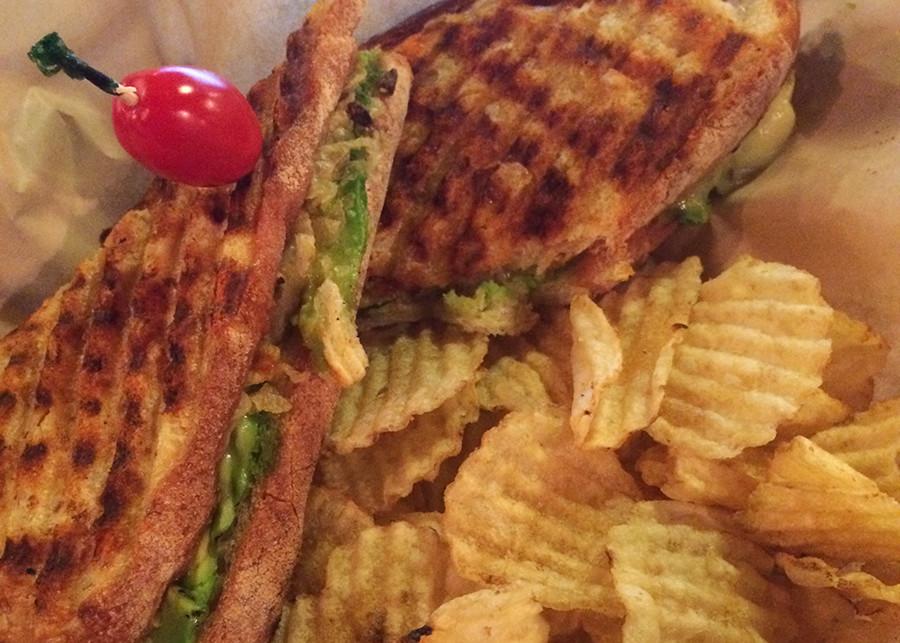 Something about the sound of a coffee-bean grinder hard at work gets the average caffeine junkie feeling jolly. Young Hickory serves craft beer and good coffee, and it’s located in the heart of North Park — the ultimate hipster trifecta.

The vibe at Young Hickory is conducive to spending several hours on a Sunday knocking out homework assignments. The baristas are ready to go at 7 a.m. and keep the doors open till midnight daily. A latte for $3.35 is reasonable, especially when it’s made as well as they make it.

The café uses beans from Bird Rock Coffee, a San Diego-based roasting company that won Roast Magazine’s “Micro Roaster of the Year” in 2012. Owner Clay Summers said their customers enjoy quality coffee from a brand that has positive buzz behind it. Besides, nothing says hipster like supporting local businesses. A chai latte is $3.95 and an iced coffee is $2.65.

The café is fronted by the painted invitation “let’s hang out,” with “hot coffee, cold beer” painted on the northwest wall. It’s almost impossible for the average caffeine-fueled workaholic to resist.

Summers, a former graphic designer, said most of the design decisions he made came from the many hours spent working in cafés, himself.

“We want people to feel welcome to stay, hence our slogan painted on the face of the building,” Summers said.

A bar table with matching wooden seats faces the entrance, so visitors get a front-seat view to North Park’s busiest street. The garage doors serve as a large window by day and a storefront by night. The natural sunlight and open-air energy to the cafe keeps it appealing and comfortable for meeting those high-priority deadlines.

For those who prefer alcohol as a choice of fuel instead of caffeine, Young Hickory has second home-level potential. The café prides itself on serving canned craft beer, ranging from local names like Ballast Point Brewing and Modern Times Beer to Yo-Ho Brewing from Nagano, Japan and Stiegl from Salzburg, Austria.

“No neighborhood establishment has focused its energy on a canned craft beer program, a somewhat recent trend now being embraced by many micro-breweries,” Summers said.

To top it all off, the café has a breakfast and lunch/dinner menu, artistically drawn out in chalk behind the coffee bar. The acai bowl could use some improvement, but the paninis have yet to disappoint.

Standouts are $8.95 cheese paninis: The Inside Out with cheddar outside and provolone, muenster, and cheddar inside, and The Berto, with pepperjack, avocado, kettle chips and Tapatio hot sauce.

The rest of the food items are a little rough on the broke college student budget, but the quality makes up for it.

Young Hickory has a wall lined with power outlets and is aptly located on the corner of 30th Street and Polk Avenue in Forbes’ “America’s Best Hipster Neighborhood,” North Park, making it a hot spot for hipsters looking to achieve productivity rock-stardom.