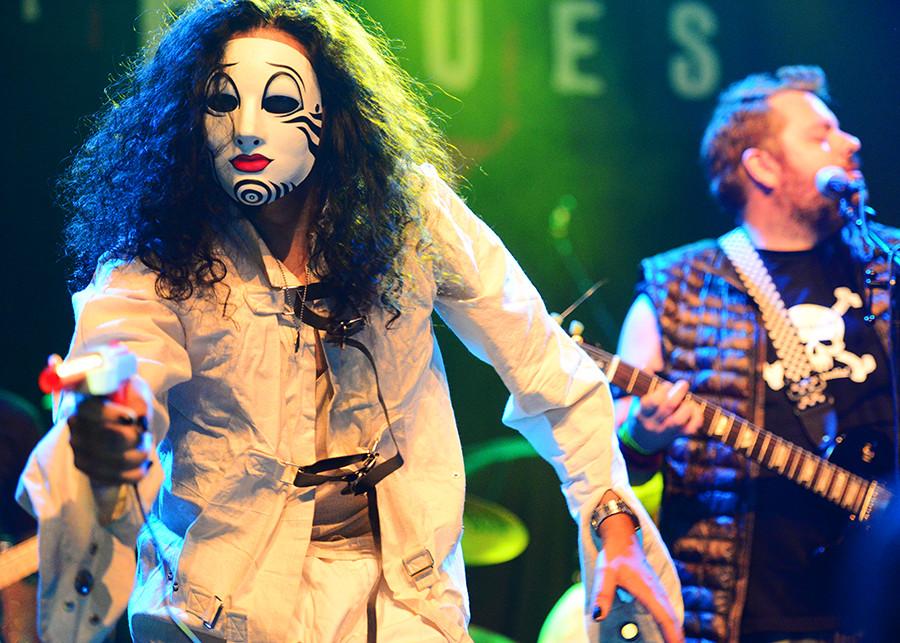 The House of Blues San Diego was packed on Wednesday, Sept. 23 for three unique Latin bands. The groups brought different genres of music, including punk, reggae, rock, rockabilly and ska, under one roof, making for an evening nothing short of electrifying.

Local band Marujah was the first band up and its stage presence was undoubtedly one of a kind. The musicians wore masks throughout their performance. A puzzling performance artist also kept the crowd’s eyes glued to the stage as he waved a toy gun at the lead singer’s head and threw out blown-up condoms.

All stage antics aside, the band’s sound was loud, in-your-face and mesmerizing. The band, which sings in both English and Spanish, pumped up the crowd with fiery lyrics that had to do with everything from marijuana usage to human rights.

Rebel Cats, a quartet out of Mexico City, went on next. The band had an impeccable aesthetic, with its matching purple sequin jackets and 1950s-esque hairstyles. Although the band started out with some clear sound issues, it quickly enthralled the crowd with its unique Latin take on rockabilly.

The quartet played with a contagious energy. The band members were jumping off its stand-up bass and the guitarist was a sight to see, picking his instrument with his teeth. A Johnny Cash cover of “Folsom Prison Blues” was a crowd favorite. By the end, the crowd was loving it a bit too much — a riot almost broke out when the band couldn’t come back on stage for an encore.

After the two openers finished, the crowd anxiously awaited the main act. Panteon Rococo, a 10-member Latin ska band, took the stage in honor of its 20th anniversary tour.

As soon as the group hit the stage, its infectious beats kept the crowd dancing and jumping the entire night.

“Panteon Rococo is one of Mexico’s most crucial bands,” said Marcio Alvarez, a member of the band’s loyal fan base.

After 20 years of playing music, the band has an extensive repertoire of songs, sometimes playing two-hour sets.

“Our music is continually changing,” bassist Dario Espinosa said. “Most of the music we play is ska music with Latin fusion, but it’s very important to us to not play the same thing every concert or album.”

“We have a lot of problems in Mexico now,” he said. “Every day in Mexico there is something to talk about, and we want to express that in our music.”

Crowd-goers, Spanish-speaking or not, were able to enjoy the powerful music that permeated the walls of the House of Blues. Though it recently returned from a tour in Europe, Panteon Rococo will continue its tour in the U.S. to bring its lively shows to people around the country.