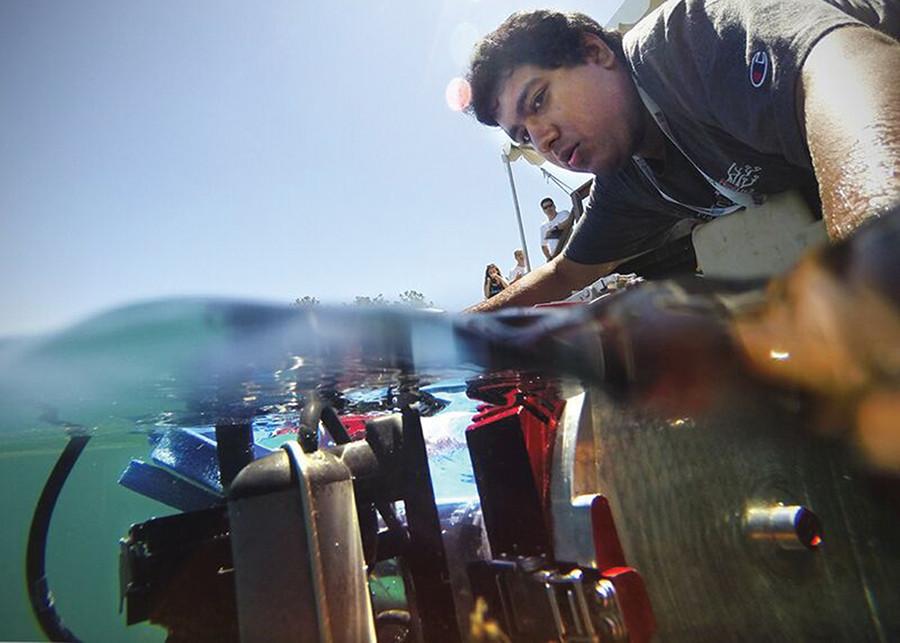 The San Diego State Mechatronics Club returned to campus this semester with hometown glory after its first international win.

During the summer, for the second year, the Mechatronics Club took on the prestigious International RoboSub Competition, supported by the U.S. Office of Naval Research and the Association for Unmanned Vehicles Systems International. The club placed first against top tier schools such as Cornell and National University of Singapore.

The group prepared for the RoboSub competition for a year and half, designing the sub, building it and testing its functions. The competition involves an obstacle course for the underwater vehicles, and months of work comes down to 15 minutes as the autonomous machines move in water all on their own.

In the 14 years that the competition has been hosted at the Space and Naval Warfare Systems Command in Point Loma, the SDSU club is the first local team to make it to finals and win. 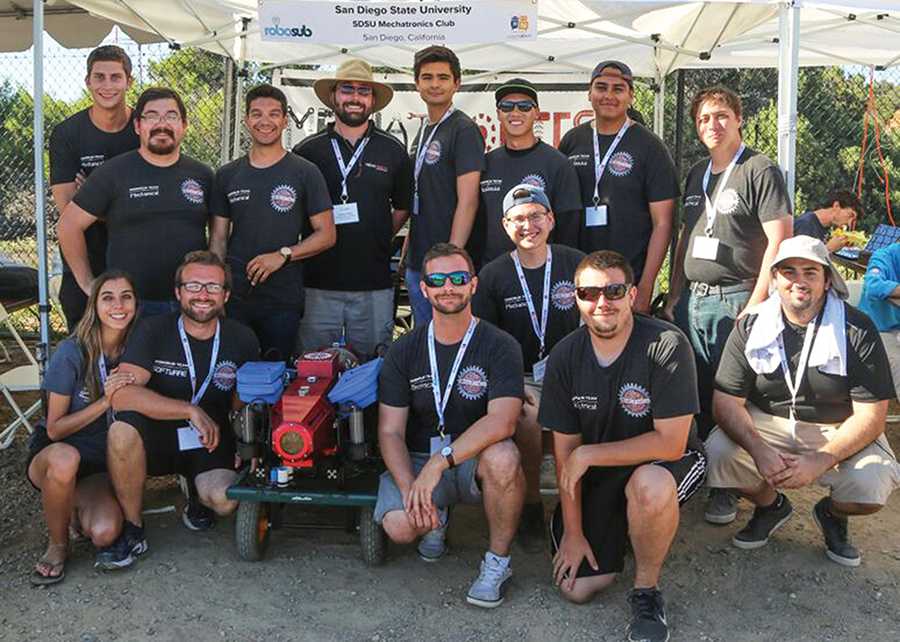 Since the club began in 2011, the group of undergraduate students has found its own ways of funding and has struggled for faculty support.

The university provides the students funding through the Student Success Fee and the Presidents Leadership Fund. Companies such as Northrop Grumman, ThinkTank, Mathworks and General Atomics Aeonautical also support the group.

Mechanical engineering senior Austin Owens, the club’s founder and president, led the group to its victory with his zeal for all things science. He established the organization as a freshman with a total of three members.

“I went around my first year and didn’t see anything like that,” Owens said. “I thought the school needed it.”

Owens even picked up a computer science minor in order to compute the software for his team. As time went on, the group was able to create the Robosub Graphic User Interface, a club-exclusive program for its machines used in competition.

“Since I founded the club, you have to understand what each department is doing to lead the team,” Owens said. “That’s why I made sure I knew a sufficient amount in each discipline to be able to carry on the team to the competition.”

Four years later, the Mechatronics club has gone from placing eighth to winning a competition.

The club has become a competitive group to join on campus. Becoming a member now involves a 30-minute interview and a 30-minute assessment test with the team captains and leaders in order to maintain a passionate and hardworking team.

“I’d love to encourage any students out there that are interested in learning these (skills),” Mechatronics electrical team leader and electrical engineering senior Drew Smith said. “Over a year ago, I didn’t know any of these skills. I’ve already propelled myself into a leadership position and learned everything through mentorship in this program. I think that’s amazing.”

The leaders plan to expand the team from 30 people to as many as 80 members this year. With the new members, the club plans to take on new endeavors such as entering RoboAir, a competition with aerial drones, and Roboland, an air, land and water competition.